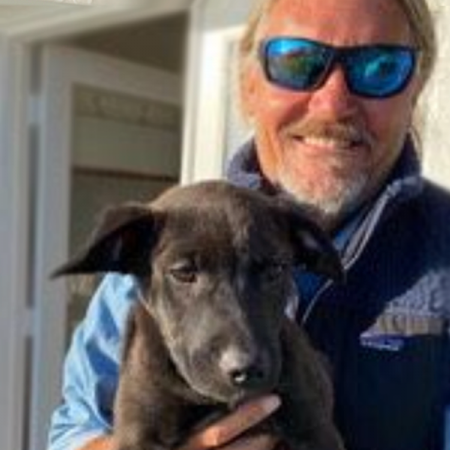 Playing a club sport: Dan Sturt on this year’s US bean crop and why he’ll never retire from the pulses industry

An institution in the pulses industry, DW Sturt & Co. have been trading dry beans in the US, Canada and Mexico for over 30 years, but they are perhaps best known for their dry bean production reports, which they release just after the USDA puts out their numbers. In an interview last week, the GPC caught up with Dan Sturt to discuss the initial impact of the drought in the North West and what the future looks like for DW Sturt. Based in Michigan, the company works with farms all over the US and deals primarily with larger dry beans (namely black, pinto, navy) as well as some smaller varieties (mostly kidney and cranberry).

The DW Sturt & Co’s August US Dry Bean will be available on the GPC Pulse Pod as of September 3 2021.

We heard that Kim Vance (the numbers guy at DW Sturt) is retiring, will you continue with your reports?

Oh, for sure. Luckily, Kim won’t be fully retiring and he’ll help me periodically with the reports. I won’t be lost without him but… he is very good at it! He’ll help us segway into doing it ourselves. It’s important for the whole industry so we’re definitely going to continue doing it. We love doing it and providing it to people so they can make better marketing decisions.


I’m sure many people will be pleased to hear that! When’s your next report due to come out?

October 12. It comes out every time the USDA comes out with the report and we basically take our numbers and mesh them with theirs and then we send out our supply and demand analysis. October will be great because we’ll be done with harvest and we’ll have a better feel for whether the yield expectation was met or exceeded or not.


You’ve brokered large numbers into Mexico over the years. When did you start and how did it evolve?

I started my brokerage business in 1984 and in the mid 90s I was approached by one of the larger importers in Mexico (Alazan) who wanted to get more involved in the Minnesota and North Dakota production areas. They knew I had good contacts with processors there so I helped them develop a brand and that’s how it all got started. We still have a close relationship - with them and some other Mexican companies. Alazan is very important - for everyone, not just us.


How has this year been with the historic drought in the Northwest?

It’s been interesting… I’ve been doing this for many, many years and not one year is alike! It’s always concerned me throughout my whole life because such a large percentage of the bean production in North America is concentrated in one state (North Dakota) so if that state has a problem, it affects every category of dry bean and it has and will continue to do so. Everyones watching it to see what will happen at harvest. We’re concerned because if it continues into next spring, it’s going to impact 2022 planting.


Are you hearing many reactions to the potential price increase?

This'll be a real test for the elasticity of demand. We don’t know at what price beans will reach a point where consumption curtails but we definitely feel we have a short crop this year. I think in many cases people will eat beans almost no matter what the price is, but there’s a limit to the madness so let’s see where these prices go before people stop buying beans. And everything else is really expensive too so it’s not like you can say “I’ll eat rice or pasta as a substitute for high price beans.”


Do you have any idea of quality yet?

We harvested a tiny bit but not enough to ascertain yields or quality. We’re concerned because the beans are probably going to be small, which is typical of a drought situation and they’re maybe going to be splitting a lot during the processing so they’ll lose a lot to shrink. It’s a concern, especially for countries like Mexico who want a bean that has integrity. You can’t have splits or chipped ends and usually that’s a problem when they’re really dry like they’re going to be this fall. Michigan, fortunately, is the Garden of Eden compared to North Dakota so their black beans will look good but I’m concerned about the North Dakota blacks. It’s like a tale of two markets. You have the North Dakota growers looking at their situation and thinking “these should be worth so much more” and the Michigan growers are going to be saying “I’ve got a really great crop, maybe I'll sell some of these”. I’m not sure what they’re going to do. But all these markets are basically in the hands of the growers right now. If they sell, the market could ease a little bit. If they don’t because they didn't get much of a crop then maybe the market will stay steady and even get a little stronger.


What’s the situation with carry-in?

It’s controversial because some people say “if we have, say, 2.5 million bags of pintos carried in, where are they?” You talk to the various dealers and they all say they don’t have any left and are waiting for the new crop yet there’s 2.5 million bags out there so that becomes somewhat of a question mark. But we’ll eventually get the numbers and figure out whether or not they were there and we just didn't see them come to market. And that might be, to a certain degree, because some dealers might hold some beans back as a hedge against what they may or may not get from the new crop and they’re concerned about what they’re going to get this year. So we could see some of them come into the market too, if all of a sudden the crops come in better than expected and the growers start to sell.


Is there a particular bean that holds up better against drought?

Pintos are better than blacks, generally. If you talk to dealers today, they’ll probably say the pintos fields look surprisingly better than the blacks or the navies in the North Dakota region. But no category of dry beans is going to have the yield potential because of the drought. No matter the bean, it’s all going to be lower than normal in North Dakota.


How was DW Sturt affected by the pandemic?

During the first lockdown, there was a huge spike in consumption with people buying pulses to put in their pantries, so that segment of the market really took off. Now, though, it’s starting to ebb a little because things are opening up so the institutional buyers are starting to see their sales go up because people are going back to restaurants. So business is still pretty good. The bean business is still good for most and I think it will continue to be but maybe we’ll have fewer spikes because things are getting better.


Did you notice the spike in Mexico too?

Not as much as in the US and Canada. In Mexico, they consume a lot of black beans so consumption was more stable. Their consumption actually went way up this year because they had a huge drought in Chihuahua and their crop was dramatically affected so they needed to import a lot more than normal. This year, they planted the normal amount of hectares and they've had plenty of rain - in some cases, too much rain. They've got a fairly high percentage of the crop that’s planted late so people will be watching that carefully for early frost or freezing conditions, that would not be good. The point is, we probably won’t see the demand out of Mexico that we’ve seen in the last year or two because they have their own crops and our prices are going to be so high.


And how did the drought in Brazil affect the black bean industry?

Well, they bought just about every Argentinian bean they could! We don’t really have any competition on a global scale right now because Argentina is pretty much sold out and they’ll only plant in February and harvest in May. There really aren’t any other black beans available to the world except for North America this fall, so it’s going to be a tight market.


With the upcoming UN Food Systems Summit in September, we’re writing about the future of pulses in future food systems. Has that come up on your radar as a trader? Have you noticed more companies in the alt-protein sphere buying beans?

Not per se but l’ve been hearing about it and it’s funny because you hear about all the benefits of eating pulses in terms of heart health, protein levels etc and it’s been an ongoing narrative since I've been in the business and I started in 1976. Every generation comes up with a new reason why we should be eating more beans. I’m a huge bean eater and so is my family…


Is that why you got into the industry?

Kinda! No, Not really. I got into it just by fluke. I intended to try to trade grain in Chicago and I interviewed a small company in Michigan and the guy said he traded beans and wanted to hire an assistant and I said OK.


What made you stay so long in the industry?

Because I love it! It’s a really cool industry because it’s large monetarily but small as far as the number of people are concerned and it’s much more family-oriented than most industries. Some people refer to it as sort of a club sport, you know, it’s just fun. It’s not varsity, it’s a club… a huge international club. That's the other thing I love: that it's international. It’s such an unpredictable industry and everyone just rolls with it. It’s not boring at all, it’s really fun and the people are great so I don’t plan to retire, I'm just going to keep going!


Because you eat so many beans you’ll probably live until 150!

That’s the secret to my success!