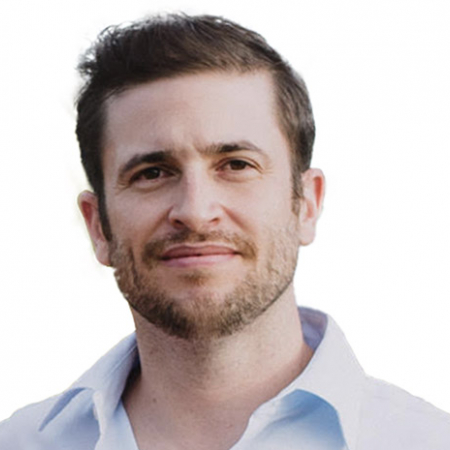 Pablo Fernández of La Macarena: “See you at the Americas Pulses Congress - we’ll be on the chickpea panel!”

Head of Sales and Purchasing

Ahead of his panelist role at the Americas Pulses Congress in Cancun, Pablo Fernández spoke to Luke Wilkinson about the upcoming chickpea harvest and the storied history of his family business.

Pablo Fernández is Head of Sales and Purchasing at Mexican chickpea specialists La Macarena, a family business based in Sonora, Mexico.

Pablo will be speaking on the chickpea panel at the GPC’s America’s Pulses Congress in Cancun on December 3-5. Not registered yet? Sign up for the event here

Could you tell us a little bit about La Macarena? How did it get started?

In 1930 our founder D. Avelino Fernandez saw an opportunity to seed chickpeas in Sonora; he soon started exporting to Cuba, Spain and the United States. Careful to work with only the very best quality, the Macarena variety became his favorite, and it revolutionized the export of chickpeas.

Initial chickpea seedings began in el Valle del Sur in Sonora, the main area of production in the 1970s. He brought chickpea farming to Ciudad Constitucion in the 1980s, turning it into one of the other most important zones for the years to follow.

Granos La Macarena was founded in 1966, and since then we've paid close attention to quality and service, consolidating our leadership and reputation in all the world markets for Mexican chickpeas. La Macarena was a pioneer, quickly becoming a market leader in quality and volume of exports.

Today we have five plants in three areas of production in the country; our objective is to process and market chickpeas of quality offering the high levels of service our clients demand, whilst always meeting the highest standards.

Which are the main export markets for La Macarena?

For a long time Spain was our main client, but nowadays it is Turkey, followed by Algeria, Portugal, Spain, Peru, Italy, and Greece, among others.

How have chickpea prices behaved in the last year, and what have been the factors with the largest impact on those prices?

Every crop cycle is its own little story, consisting of different variables, global events, climate intricacies and other factors that affect the production. National and international inventories, and various countries’ production all have an effect on the price of every cycle.

Prices have shown a downwards trend, which has led to smaller chickpea seedings. However, if we analyze the last cycle, the amount we have now should be enough to cover the rest of this year and the beginning of the next.

The biggest problem we've had has been the scarcity of containers and two of our shipping lines are running with fewer destinations, which has restricted us in terms of container availability, not to mention the drastic rise in prices being a complication for the majority of buyers. We are hopeful that the container situation will start to normalize soon, and will then be able to better manage the high volume coming out of Mexico.

What's the average situation of a chickpea producer in Sonora or Sinaloa in 2022?

We have seasonal producers (who rely on rainfall) or producers who use gated pipe irrigation. On average, production varies depending on the type of soil, methods of irrigation, and the work that has been put into the land.

For rain-fed chickpeas, generally we see around one ton per hectare, compared to gated pipe irrigation, which deals between 1.5 and 2 tons on average, if not more.

Crop rotation depends on the area, as in Sinaloa they rotate corn, beans, potatoes and others. In Sonora, they rotate with wheat, and safflower. Rotation plays an important role in avoiding diseases that develop in the soil, so it's recommended not to seed more than two years consecutively of one crop – this is, however, a recommendation, and each farmer will use their experience to come to their own decision.

How have the droughts of spring and summer affected production? Do you think we'll see changes in the acreage of coming seedings, or a shift towards other crops in the future?

Crop planning begins with knowing the amount of water you can use. Some crops require more water than others but chickpeas are a crop that require very little water and are therefore a great option in years of drought.

The coming cycle season situation is a little bit outside of the norm as we will start off with sufficient water – it’s a cycle with no real limits. The rainy season still hasn't finished yet, and it is hoped that the reservoirs will retain a great deal more water.

Is there anything you can tell us about the upcoming chickpea seedings in Mexico?

In previous years we usually moved into the new year with carryover but this year is an exception as we are likely to be entering the new year from zero. Right now there is a lot of uncertainty regarding the potential acreage and it's still a bit early to know the farmers' plans. As there's been plenty of rain, the producer is able to give themself the luxury of planning his seedlings freely.

As we get closer to the beginning of the seedings (November/December) we will have a better idea of the area, or whether the harvest has come up short or not. With this information we can decide if it's necessary to increase seedings in order to satisfy the market in the coming year.

The shipping lines will also play a big role in those decisions, as every trader obviously depends on them to provide enough containers so that products can be sent to the destinations.

What repercussions has the war in Ukraine had on the production and marketing of Mexican chickpeas?

The most alarming effect of the war has been the cost of farming inputs and fertilizer; in reality this is the only thing that has a real, direct impact. Production costs will always have an influence on the price of purchasing from the farmers.

The other issues, like limitations in the ports, container availability, et cetera, these are problems from even before the war, which can be traced back to the Covid lockdowns.

Have you seen changes in the seeding of pulses in Mexico in recent years due to climate change?

Absolutely. The first one that comes to mind is the drought, and the scarcity of water that has been our main problem. Certain areas around the country continue to have doubts about whether or not there will be enough water or not in the coming year.

Some regions have a scarcity of water that impacts farmers in costs, for example Hermosillo, Sonora where in years of drought the acreage may be limited, forcing the farmer to buy more water rights, raising their costs.

Pulses have definitely been affected by climate change in minimal but notable ways. Extreme heat, the lack of moisture and other factors all hit crops in ways that affect yield, whether by causing plants not to flower, seed pods not to fill, or by causing damaging stress during the growing phase.

The solution needs to be collaboration of farmers and engineers in order to make changes in seeding dates, manage the control of irrigation, protect the soils, and above all do research into new varieties – varieties that are better able to resist the new changes, not only in climate, but of diseases in the soil.

What goals does La Macarena have for the future?

Chickpeas have been our strongest product for more than 55 years; we are experts in them, and it will continue to be our most important product. We want to keep improving and working to offer our Mexican chickpeas that are so well-known for their flavor and great culinary qualities.

We also sell sesame seeds and beans and always make sure to pick out the kind of quality that stands out in the market. Our goals for the future are to look after our producers and buyers, offering quality and volume of product.

As local traders in Mexico, we have a duty to take good care of the Mexican chickpea, so that it continues to be recognized and exported all around the world.

Finally, as you know the GPC has its Americas Pulses Congress coming up in December! We will be seeing you there, is that right?

Yes, that's right, La Macarena is going to be attending the Americas Pulses Congress. In fact, we will be taking part as panelists. Most likely it will be me coming to Cancún to discuss Mexican chickpeas. 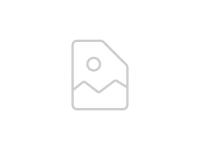 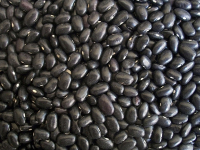 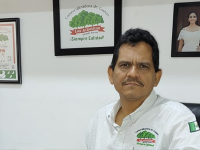 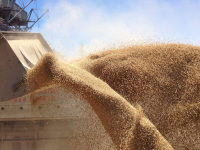 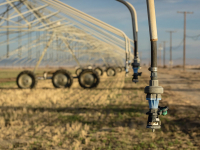