The senior IPGA member discusses the association’s five-year exim policy, which calls for “unrestricted imports and exports with a rider”. 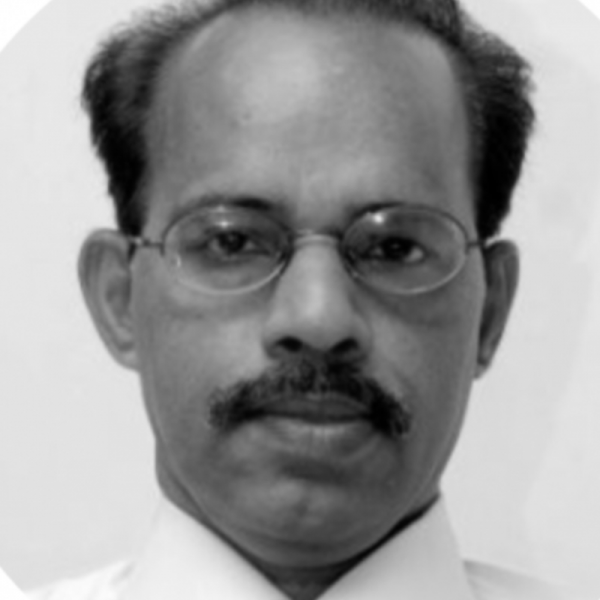 As it gears up to celebrate World Pulses Day, the Indian Pulses and Grains Association (IPGA) has sought a long-term exim policy for pulses. IPGA vice-chairman Bimal Kothari said the association has suggested a five-year policy that responds to the interests of farmers, traders, consumers and even the government.

The policy, he said, will also ensure that India--the largest producer, consumer and importer of pulses –will continue to have its presence in the global pulse trade value chain.

“Unrestricted imports and exports of pulses with a rider (duty structure) is the need of the hour,” Kothari stated.

There can be tariffs, but there should not be any quantitative restrictions. To take care of famers’ interests and to maintain price stability “ … we recommend that the landed price of (imported) pulses should be above the Minimum Support Price (MSP) fixed by the government,” explains Kothari.

Kothari, a senior member of the IPGA, has been in the pulses and agri-commodities business for over 30 years. His company, Pancham International, headquartered in Mumbai, is a leading trader and importer of pulses, grains and oilseeds. Though Pancham was set up in 1995, his family has been in the pulses and commodities business since 1950. His father started the business in the northeastern state of Assam, and later moved to Kolkatta and then to Mumbai.

The IPGA’s suggestions, Kothari said, are in line with the government policy to protect farmers’ interests and boost domestic production.

“We are against cheaper imports disrupting local prices, but at the same we should ensure that pulses, the poor man’s meat, should be available at a reasonable cost across the country.”

In this Trade Talk interview, Kothari elaborates on the five-year exim policy proposed by the apex body of India’s pulses trade.

GPC: The IPGA is all set to celebrate the 5th World Pulses Day. On this occasion, what is the industry’s resolve to achieve sustained growth for the pulses sector?  What are your suggestions to the government?

Kothari:  Our recommendation to the government is to have a long-term exim policy for the pulses sector. Our annual pulses production is about 23 million MT and demand is about 25-26 million MT. We have to import 2-3 million MT to bridge this gap. The import need has been reduced from 6 million MT in 2016/17 to about 3 million MT now, and this sharp reduction was possible only because of government efforts to increase domestic production. With population growth and rising income levels, the per capita consumption of pulses is expected to increase. As the best source of plant-based nutrition, pulses are used for more value-added products. There is also a move to distribute pulses through PDS. All these are expected to increase demand for pulses.  Annual demand growth is expected to be about 1 million MT. With production increasing over the past four years, we are now inching towards self-sufficiency in pulses. Yet, we still have to import pulses to meet the growing demand. And at the same time, we need to regain the export markets that we lost some years ago. Therefore, we need a long-term policy. Unrestricted imports and exports with a rider (duty structure) is the need of the hour. There should not be any quantitative restrictions. The government can impose appropriate tariffs.

GPC: What specific suggestions are you proposing?

Kothari: The idea is that the long-term policy should take care of the interests of all sections of the pulses sector. The IPGA is with the government in supporting farmers. We are against cheaper imports hurting farmers’ interest. Our suggestion is that the duty structure should be such that the landed prices of imported pulses should be above the government’s Minimum Support Price (MSP). Whenever there is a shortage, the import duty should trigger. Similarly, exports can also be checked.

In the past three years, after pulses imports were restricted, the government issued many notifications on import quotas, duty rates, etc.  Such sudden and frequent changes send the wrong signals to the market. A policy that is in place for a minimum of five years, with certain flexibility built in to adjust for uncertainties or weather changes, will help the pulses sector achieve balanced growth. Such measures should also be in line with WTO norms.

GPC:  You mentioned exports. Do you think India be able to compete in the international market?

Kothari: Yes. As you know, India is the largest producer, consumer and importer of pulses in the world. We have to be in the global value chain. We cannot disappear from the international market. We almost lost our export markets starting in 2007 because of government policies. Though it may be difficult to compete with countries like Canada or the nations of East Africa, we will be able to sell into overseas markets if we are assured of a long-term policy. Our production is expected to increase every year, with more area being brought under cultivation. So exports are important to help maintain domestic prices.

Kothari: Our prices are higher compared to those in the international market. Traditionally our cost of production has been very high due to small farm size, low yields, expensive labor and huge post-harvest wastage. The government has been addressing these issues with the support of the industry. The farm sector is witnessing changes with the introduction of new technology, a higher level of mechanization, contract farming and fresh investments in warehouses, cold storage and other infrastructure facilities. These changes are expected to bring down the cost of production.

GPC:  In this context how do you see the new farm laws and the on-going farmer protest?

Kothari: These laws open up the farm sector to fresh investments and will hugely benefit farmers. They have the freedom to sell their products to anyone they like at their own price. The farmer protest is more about politics than any real issues, and I don’t like to comment on politics.

GPC: This Rabi crop is expected to be better than last season. How will it impact prices?

GPC: You mentioned that the IPGA plans to go for value-added products made from pulses. Can you elaborate?

Kothari: In the U.S., Canada and in some western countries, plant-based meat is popular. Pulses are used to make such products. The IPGA initiative to make more value-added products also includes plant-based meat. Some of our members are already exploring the potential for this type of product.

GPC:  How do you plan to celebrate World Pulses Day?

Kothari:  On this occasion, we are holding our annual National Pulses Seminar, a two-day event which is expected to attract more than 1,500 participants from India and abroad. Due to COVID-19 restrictions, we are holding the seminar virtually and the participation is free of cost. There will be sessions on rabi crop output and its impact on prices, government policies, implications of new farm laws and innovations in value-added pulse products. There will also be a panel discussion on the role of pulses in enhancing nutritional security.

GPC: You have been very vocal about the IPGA’s CSR activities. What are the new initiatives?

Kothari:  As the apex body of the trade, we also understand our responsibilities towards farmers as well as consumers. We executed a massive water resources rejuvenation project in the drought-ridden Marathawada region. We de-silted nearly 25 km of riverbeds and canals, and created a storage capacity for more than 400 million liters of water and a percolation capacity in excess of 1 billion liters. The project has benefitted 150,000 farmers across 25 villages. Recently we adopted six schools in the same area where we set up computer training centers and sewing classes for farmers’ children and donated computers and sewing machines. During the COVID-19 lockdown, our association has ensured the supply of food grains across the country and also distributed ration kits to thousands of migrant workers in Mumbai and Kolkotta.