The dry bean area is up on lower prices for major commodity crops, but the crop was planted late and frost is a major concern. 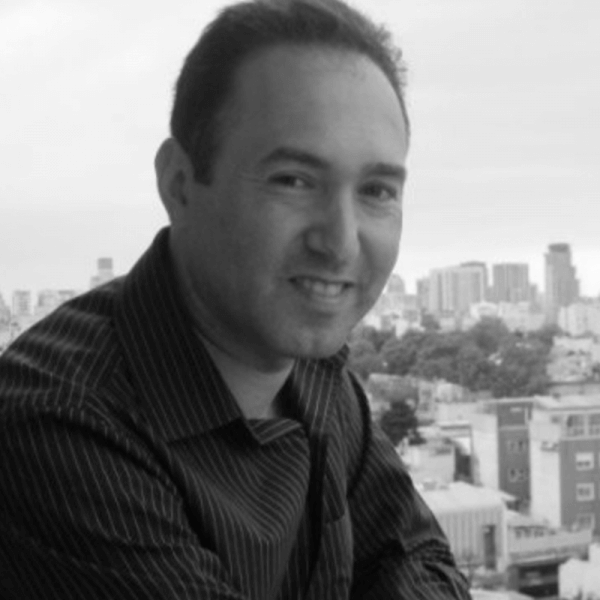 This planting season was marked by cool and wet weather throughout much of the U.S. dry bean growing area. These conditions caused widespread planting delays, with the last of the crop going into the ground in early July. The late planting has growers worried that frost may hit the crop before it is harvested.

“Given the forecast, that is a significant concern,” says Richard Duty of Trinidad Benham. He notes that the expectation at the moment is for average to above-average yields, but adds, “If the weather cooperates, we will have a good crop. But if it doesn’t, we will have a bit of a mess.”

The USDA’s August 12 Crop Production report estimates 1,328,500 acres were seeded to dry beans this year, up 9% from last year. The increase can be attributed to low prices for the major commodity crops, which made subpar bean prices look relatively appealing by comparison.

For a fuller picture of this year’s U.S. dry bean planting, we took a closer look at the four states that seeded the most beans this year: Michigan, Minnesota, Nebraska and North Dakota. Combined, these four states account for 87% of the total area seeded to dry beans in 2019.

Michigan is an important black bean growing state, with more than half of its bean acres typically seeded to black beans. The state also produces significant volumes of navy and red beans.

According to the USDA’s August 12thcrop production report, Michigan seeded 210,000 acres to dry beans this year, up from 195,000 acres in 2018. The increase is likely due to weak corn, soybean and wheat prices, which made dry beans look like the best money-making option for growers.

During the months of May and June, conditions were extremely wet, resulting in delayed planting and even some forced planting in very muddy ground. Joe Cramer of the Michigan Bean Commission reports that growers managed to only seed about a third of the bean crop by June 20th. The second third was seeded by the end of the month, and the final third didn’t go into the ground until early July.

“Overall, I would say we were two to three weeks late on planting,” says Cramer, “and practically 100% of the crop was planted into very muddy ground, and so now we are dealing with soil compaction that could result in root diseases.”

To compound matters, conditions have been very dry since planting. The combination of extremely wet conditions followed by extremely dry conditions resulted in bean plants with shallow root systems and limited topsoil moisture.

“Considering the poor planting conditions, and if you set the calendar aside, generally speaking the crop looks pretty good given the challenges it’s had since day one,” says Cramer.

In fact, the USDA forecast average yields of 22 bags per acre. Cramer, however, is not that optimistic. Yields that high are rare even in perfect conditions, he notes.

For the week ending August 18, the USDA reports 82% of the bean plants are blooming and 46% are setting pods. The bean crop rated 6% very poor, 17% poor, 23% fair, 38% good and 16% excellent. At the moment, Michigan’s bean crop could use additional moisture. It did receive decent rainfall in mid-August, but more will be needed to finish the crop. The biggest concern, though, is frost.

“Especially for that last third of the crop that was planted in July, we need to be frost-free until the 20thof October, and that’s going to take a lot of prayers,” says Cramer.

In terms of the market outlook, there was a lot of grower interest in black beans nationwide, but the increased planted area could see prices weaken due to excess production. Additionally, Cramer reports that buying from Mexico, a key export destination for Michigan black beans, has been slow. This is likely due to uncertainty around U.S. ratification of the USMCA (NAFTA 2.0).

Michigan heads into marketing year 2019/20 with minimal carryover. According to Cramer, navy and small red bean inventories have cleared out. A few cranberry bean stocks remain, and most of the black beans that are left have already been sold and are awaiting shipment.

“Movement on black beans has been slower than we’d like to see,” says Cramer. “But in terms of overall carryover, we are in good shape.”

“We are feeling a little more optimistic today,” says Cramer. “The feeling of most people is that we have the potential to produce more than 4 million cwt of beans. The USDA estimated 210,000 bean acres and yields of 22 bags. I’m not sure we seeded that much and will see yields that high. But the Michigan Bean Commission set its budget in August on the assumption that we’ll have 4 million bags of production.”

Cramer sees a bullish outlook for Michigan’s navy and small red beans due to decreased acreage, practically zero carry-in and strong demand from domestic and export markets. On black beans, he says today’s low prices make them the best buy in the bean sector at present. But events could turn the market around. At present, all eyes are on Mexico, which planted its bean crop under drought conditions. Additionally, there is an expectation that the situation in Venezuela will eventually see U.S. black beans enter the country in the form of food aid.

Dombeck reports that, as with much of the Midwest, conditions were cool and wet at planting, and this set the seeding of the dry bean crop back a week to 10 days past the normal window.

“As of now, the biggest concern is early frost and a cool, wet harvest season,” he says.

For the week ending August 18, the USDA reports 90% of the bean plants are setting pods and the crop rates 8% very poor to poor, 26% fair, 57% good and 9% excellent. Dombeck indicates that in southern Minnesota, the crop is in poor shape due to excessive moisture. In the north, the beans are in fair condition, but the weather has been on the dry side as of late. In the central part of the state, the crop looks good, but it was planted late and is at an elevated risk of frost. A cool and wet weather pattern remains present, he says.

The USDA forecast Minnesota’s dry bean production at 4,448,000 cwt. Dombeck cautions, however, that it’s too early to put much stock on production forecasts, especially given the unusual growing season they are having and the varied crop conditions across the state.

Nebraska typically produces upwards of 80% of the U.S. great northern bean crop. Together with the neighboring states of Colorado and Wyoming, it also produces significant volumes of pinto and light red kidney beans.

GPC Executive Committee member Judd Keller (of the Kelley Bean Company) reports that early this planting season, cool and wet conditions caused delays in the seeding of the major commodity crops, and this in turn caused the bean crop—one of the last crops growers seed—to go in the ground a few weeks late.

Given the late planting, Keller anticipates the main part of the harvest will take place in mid-September and extend a bit past the normal harvest window.

“There won’t be any early beans this year,” he says. “Even the light red kidney beans, that usually start coming off the fields at the end of August, probably won’t begin coming off till early September.”

In Nebraska and Wyoming, there is a question as to how much of the crop will make it to harvest. On July 17, an irrigation tunnel collapsed, leaving 100,000 acres of cropland without a reliable water supply. Keller estimates bean fields make up 15-20% of that area. The authorities announced the flow of water will not be restored before the bean harvest, leaving growers hoping for rain.

“We are going to have some crop losses because of the absence of irrigation, and that’s on top of the losses we had in early August, when two major hailstorms swept through the Nebraska panhandle,” says Keller. Area growers are still evaluating the severity of the hail damage.

“The prices aren’t great on anything out there: corn, grains, whatever. Beans did get a little more attention, because although bean prices are low, too, they are not as low,” says Keller.

In terms of the supply-demand situation, Keller expects navy and light red kidney beans to be tight this marketing year. On pinto and black beans, it all depends on demand from Mexico, the largest export market for those two bean classes.

“Black beans may be the one bean class with a bit of surplus production this year,” says Keller. “But if Mexico comes into the market, it should balance out.”

Even so, Keller is cautious. Last year, he recalls, Mexico had a short crop, but the expected demand for U.S. beans never materialized. Keller attributes the letdown to reduced consumption caused by the economic hardships the country was experiencing back then (consumers have food options that are cheaper than beans in Mexico) combined with changes to food aid policy on the part of the López Obrador administration.

“We’ll have to see how the economic and political situation in Mexico affects consumption this year,” says Keller.

The USDA’s August 12thcrop production report estimates North Dakota’s dry bean plantings at 630,000 hectares this year, up from 520,600 hectares last year. Dan Fugelsten of the Central Valley Bean Cooperative indicates that the overall planting of the crop went well this year, with just a few delays due to wet conditions in some areas.

“In general, the crop was seeded in a reasonable time, just not as early as it has been the last few years,” he says. “Some areas in the south of the state are dry, some in the north are too wet, but overall, if the weather is agreeable through harvest, I think we are looking at a decent crop.”

The area seeded to black beans increased by 44% this year over last year, as did the pinto area to a lesser extent (18%). The navy bean area fell off slightly by 6%. Fugelsten attributes the increased black and pinto bean planting to low prices for the major commodities as well as fewer dry bean stocks-on-hand, the result of a smaller crop in 2018 compared to 2017.

The USDA is estimating North Dakota’s 2019 dry bean production at 9,394,000 cwt. In terms of the market outlook, Fugelsten sees a possible opportunity for good volumes of pinto and black beans to be shipped to Mexico this year as bean growers there contend with dry conditions. He describes the navy bean supply as tight. But his optimism is tempered by the tariffs and tensions that mark the current trade environment, especially with respect to Europe and Mexico.