The CEO of Samba Foods gives the GPC an in-depth look into the Brazilian market and the inner workings of his company.

Iuri Bruns is co-founder of Samba Foods, a pulses origination company based in Brazil. The company is at the vanguard of the global pulses sector, opening up new markets and opportunities. Jesse Sam spoke to Iuri in late January in a wide-ranging interview on the future of pulses in Brazil and his global outlook on the market for 2022.

Samba Foods is a strategic partner of Global Pulses Confederation and a key sponsorship partner for the upcoming Pulses 22 convention in Dubai on May 10-12. Haven’t registered yet? You can do so here.

Can you start by telling us a bit about Samba Foods? What does the company do?

Samba Foods is all about growing and expanding the global pulses sector. We do that through origination. We identify new locations to grow a variety of pulses and other specialty crops. We also work closely with farmers to give them the commercial support they need to grow these crops and find markets for them.

We do most of our work in Brazil but we also have experience working in Argentina, Venezuela, Uzbekistan and South Africa.

And how long have you been operating for?

Samba Foods is a new company. It was founded just three years ago but my partners and I have 40 years of combined experience in the pulses sector here in South America.

So what does origination work look like in practical terms — could you take us through a case study?

Sure, let’s take the example of popcorn in Brazil.

Around 15 years ago, Brazil was a net importer of popcorn from Argentina, which left us reliant on them for an important crop. After a few years of testing, American firms started to sell hybrid corn seeds to Brazilian processors, which we could use to substitute imports. We got to the point where our domestic production was not only able to satisfy demand but we also had a surplus and we didn’t know what to do with the extra product.

That’s where Samba Foods comes in. We do the research to understand the needs of buyers and the economics of the crop. Then we create off-take contracts for both producers and buyers. For producers, we are providing much-needed liquidity to support their growing operations, as well as opening up new markets. And, for buyers, we are providing access to crops from new sources.

So that’s an example of where you found new markets for existing production. What about where you help to establish new production locations?

We helped to do that for mung beans in Brazil.

Mung beans have a large, diverse global market: from India and China, to Malaysia and wider Southeast Asia, to Europe. We initially tried to source seeds internationally that could be adapted and stabilised for growth here in Brazil but we struggled.

It was actually pure coincidence how we found the right seed.

I was on a farm in the known popcorn-producing region of the Mato Grosso state. I was talking to the farmer, who had started growing mung beans to make soup as a homemade hangover cure from his grandmother! He handed me a cup full of the beans and said he’d been cultivating them on his land for a few years.

That’s a very rapid increase. Do you think Brazil has the potential to be a serious player in the global pulses sector?

For sure. Right now, we are not on the map. We don’t produce lentils or a wide variety of peas. But I think our success with mung beans shows the potential and I think that black matpe could be next. We’ve already found the seeds and we’re ready to plant - we’re just waiting for the right market conditions to move more aggressively. But we have already successfully exported product to Pakistan and India and we are building relationships in those countries.

Our environment, however, does make things a little bit trickier. Our soil is different; patterns of daylight are different; and, because it’s such a large country, we effectively have several microclimates. So it will take a lot more research and development to navigate these challenges but the prize is definitely worth it.

What about the structure of agriculture production in Brazil, do you think it is well suited for the pulses market?

I think we face a lot of competition from big commodities like soybeans and corn.

Brazil is a massive country. We have huge farms with advanced technology and processes for growing these major crops. It’s actually quite easy for them to work directly with global traders; this offers them a lot of liquidity and access to markets.

But pulses could be more profitable. We just need to help raise awareness among farmers of how they diversify their portfolios and not be so dependent on soybeans and corn.

I’ll admit that, right now, it’s a harder case to make. The prices of yellow corn and soybeans have just exploded in recent years. But it’s a cycle and those prices will fall. And it’s exactly when those commodity prices are depressed that farmers need to have the technology and processes to grow pulses just as efficiently.

But again, it’s harder to convince someone to fix the roof while the sun is shining.

Do you see the market shifting in the next few months for major pulses like black matpe, mung beans and pigeon peas?

These are three big movers in the industry. There are a few key trends that we are watching for the first half of this year.

The first is Indian policy. India is obviously a major producer and consumer of these products so they can shape the market with their import quotas. Recently, they have seen bad yields for these crops, which means they should be more active in the market. That could lead to increased prices. India’s key partners, like Myanmar, will have specific arrangements in place because local producers in these countries are highly dependent on Indian imports and it is important to incentivise continued production.

I think for South American producers, the Indian mung bean market won’t really be an option this year. There is a March 31 deadline for cargo to be loaded for shipment but that doesn’t match the harvesting cycle of our major mung bean crop, the winter one.

Second,  we expect to see good crop yields from a lot of producers this year. Australia could even deliver a record yield of mung beans. Myanmar has also increased planting of matpe, mung beans and toor.

The third trend we are watching closely is Chinese investment in origination. China has been a fantastic market to work with. The buyers are very smart; they understand they need to support new origins to meet their growing local demand. So they’ve been really active and engaged in visiting new potential production locations.

How is Samba Foods positioning itself to take advantage of this growing Chinese interest?

Well, right now, we do most of our mung bean business out of Venezuela, not Brazil. We found a great location there and the timing is just right for the Chinese market. The slight problem with Brazilian (and Argentinian) mung bean production is that it’s harvested and shipped between May and July, just after the peak of Chinese demand. The consumption is still there but not in the same quantities.

Last point, obviously the war in eastern Europe is having an impact on the global fertilizer market. Are you worried about how this could affect Brazil?

Yes, I think it’s just unavoidable. It will increase costs and we’ll have to pay the price, but that is a global story, not just for Brazil.

I’m not worried about supply. We still have product in the market, it’s just more expensive. We saw some later-than-usual arrivals from other places —  like Venezuela, Bolivia — which meant that it couldn’t be used for corn. So it will probably be used for soybeans.

So if we are going to see any problems with fertiliser, it will be in January-February 2023, when we’re trying to plant yellow corn and cotton. But the biggest producers have 2-3 years’ worth of advance purchases in place.

Overall, I am not too concerned. And whatever happens will be a global trend, not just affecting Brazil.

That’s an interesting insight. Thank you so much for your time Iuri, great to learn more about Samba Foods and the emerging pulses market in Brazil.

Samba Foods will be sponsoring the Black Matpe, Mung Beans, and Pigeon Peas Session at the upcoming Global Pulses Conference in May 2022. You can learn more about the company at their website.

‘We need an integrated system with pulses playing a key role’: Dr. Steven Webb on food security & innovation in Canada. 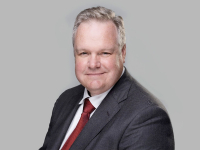 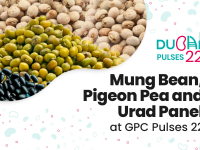