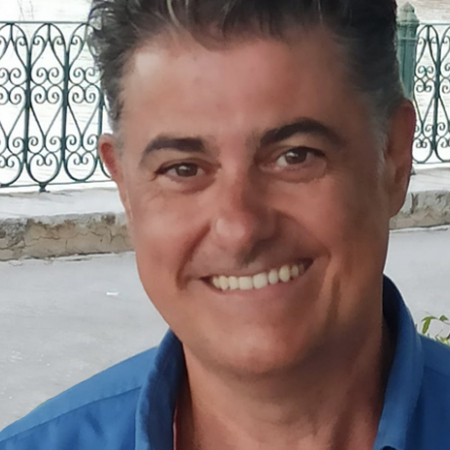 Speaking with Luke Wilkinson, Jorge talks us through the meat industry’s reaction to the plant-based alternatives and the road to post-Covid stability.

Spain is a country renowned for its culinary excellence, but behind each slice of jamón ibérico lies a vast chain of producers: from the farmers who tend the livestock, to the manufacturers of the protein-based feed the farmers rely on. These are the people Jorge de Saja and CESFAC represent.

Could you tell us what CESFAC does and what your role is within it?

CESFAC is the Spanish federation of the feed industry, like FEFAC (European Feed Manufacturers’ Federation) but we operate only in Spain. We are members of FEFAC, too, and are very much aligned on a number of issues. I personally manage a number of Trade Federations from different food and feed sectors and I’m the General Director of CESFAC, which is a trade chamber that fights for the well-being of the feed industry.

Could you tell us a little about the Spanish feed industry?

The Spanish feed industry is unique in Europe for a number of reasons: first of all, the Spanish feed industry is huge - the largest in Europe. France, for example, produces as much feed as Spain, perhaps a couple of million tonnes less, but they have maybe 300 feed players, whilst Spain has over 800. Many of our factories are small or medium-sized, which is odd in such a large industry but have a lot of different livestock activities scattered around the country and so the small and medium producers can survive. Two-thirds of our members produce feed and also export livestock, so it's a big industry.

We are also ranked very highly for quality - at least as exporters -, especially to Asian markets, such as China, Korea and the Philippines. This is demonstrated by the excellent health of Spanish livestock, particularly pigs.

How does the Spanish feed industry source the raw materials it requires for production, and what are they?

The industry has big needs, and for structural reasons, we import a lot of the protein-based raw materials for feed. The fact that we have grown bigger has only made our needs greater. We use many different types of protein but soy is still number one and we source it from producers in North and South America. Nutritionally speaking, soy is great as it's a good protein source but we don't use it as much as we used to - twenty years ago, soy amounted to around 20 to 23 percent of our total feed whereas now it is around 12%.

There is a margin for soy substitutes. We have looked at plant protein sources, pulses being one of them, but we don't really have high expectations in that area. As an organization, we do invest in research projects to try to increase the knowledge of and awareness about some of the other protein-based feed materials and we are working with the council to try to expand in this area. At the end of the day, however, there’s a need for more scientific knowledge and greater availability of this kind of research. Regardless of the good intentions of the European Green Deal, it isn't feasible to substantially increase the European production of plant protein sources. I think we are reaching the limit.

So, we are open to all protein sources but I think the only way the soy consumed by the Spanish feed industry would be substantially decreased is if we decrease soy production, which is not a scenario we would like to see. It is also not very likely unless China successfully manages to increase their pig production but they've had some setbacks with their sanitary policies and swine flu, so we won't see it over the next two to three years. This is why we’re investing in development of exports to other South Asian markets.

So what are some of the pulses that have been considered as alternative protein bases for feed?

In general, there is a trend towards peas, they will make up the bulk of our non-soy feed imports, but we’re also looking at a number of other pulse varieties that have been planted in Spain for a long time. In some regions such as Castilla-la Mancha, I’ve seen an increased demand for some other pulses, such as vetches.

Given that many different industries are trying to reduce environmental damage, what attempts are being made within the feed industry to bring in more sustainable raw materials?

CESFAC has been working on a number of programs to promote sustainability in general - highlighting the socio-economic and profitability aspects, for example. In 2019, we had already been working on this for a number of years, and around September/October we heard that the new commission was going to present a very ambitious sustainability project targeting deforestation.

Since we had been working on sustainability for a while, we reacted quickly and, in November 2019, presented what we call the CESFAC 2030 Agenda, which aims for the Spanish feed industry to use soy that is both 100% sustainable and is never sourced from illegally deforested areas.

We wanted to do two things: first of all, have a proactive, reactive approach. And, as we have done with all our past big legislative packages, we wanted to make sure that our members would be able to fulfill the objectives in advance. The second was to make it into an opportunity: as most of our European counterparts hadn't yet developed their own sustainability agendas, we wanted to be the first to succeed in this area to give Spanish livestock a competitive edge on the international market.

We carry out plenty of field research with our suppliers in the US, Argentina and Brazil to see how they are comparing in terms of sustainability and deforestation. We learned that 100% of our US supply (roughly 1/3 of our total supply) already met both criteria and the European authorities were happy with it, so we didn't have to do any field research in the US.

As for the other two,  - we only had figures from 2019 when we did the research in 2020 so it's probably gotten much better since -, but 91% of our Argentinian supply met the conditions and the 9% that didn't was concentrated in one area: the Gran Chaco area near Brazil. 9% is a considerable number but it is relatively easy to manage because all of those areas are shipped to one port, so the chances of cross contamination are fewer.

Brazil was a different picture: only 71% of our supply met the requirements so we have some work to do there but, overall, it's a good start. If we take our entire supply into account, there is a solid 85% that's already sustainable, so it's feasible that by 2030 we can make it up to 100%.

Has the increasing popularity of vegetarianism and veganism and resulting increase in demand for meat-alternatives affected the industry?

I'm not sure. We are talking about two different things: products that look like meat but are made out of plants, and then laboratory meat. We’re looking closely at laboratory meats: it's not yet a real threat to meat but I think it will start having more of an impact when it becomes cheaper and more accessible than real meat. That’s when the investments will start coming from the meat industry itself because they will want to get involved in that niche sector.

Finally, what hopes do you have for the future of the feed industry?

We would definitely like to get back to a good balance between production cost and profit, which is something we have lost recently. I believe that some time in 2022 we'll be seeing something similar to pre-Covid levels of demand. We believe that from February/March commodity prices will go down, which will be a great help. What none of us had anticipated was the incredible surge in production costs, such as energy prices and the logistic crisis. Right now, my members are struggling to get additives, vitamins and micro-organisms from China and they’re losing money at a time when they thought they would be recovering from the COVID situation. However, we are relatively optimistic for 2022. 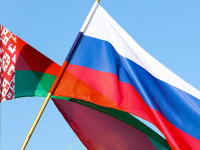 Rising export volumes and plummeting imports: an in-depth look at the Mexican bean market for 21/22 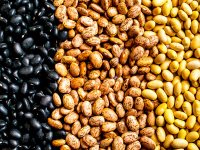 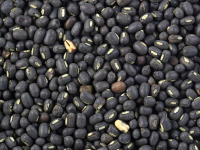