Nicholas Simms is the executive chairman of Fënn Foods, which has developed a range of plant-based meat alternatives that use a blend of different pulses, including pea, mungbean and fava bean. The company recently secured a $3 million investment from Bombora Investment Management.

Can you tell me how Fënn Foods began and how you got involved?

Fënn Foods was started by Alejandro Cancino and his wife Paola. Alejandro is a Michelin Star-trained chef who's worked in Spain, the UK, Mexico and Japan before ending up in Australia, where he ran what we call in Australia a ‘three hatted restaurant.’

His wife became pregnant and he knew that cheffing and family life don't necessarily make a great fit. So, he began working with plant-based foods, starting with cheeses and some other dairy alternatives before pivoting to meat in 2015. I met Alejandro at the beginning of January 2020 and officially came on board as chair in January 2021.

Where does the name Fënn Foods come from, and how does that fit into the company's overall ethos?

Alejandro and Paola are South American and ‘Fënn’ is an indigenous word from South America, meaning the act of planting seeds. So, it’s all about regenerative acts in regards to the future and they thought there was quite a nice synergy there. That became the company name and is one of the brands that we operate in, on the more premium end of the space where we tap into Alejandro’s real capability and skill set. We also have another brand called vEEF, which is probably more readily known because it's on the menu boards in fast food restaurants and in retail grocers.

So within those two brands, can you tell me a bit more about your product portfolio?

Our portfolio is not overly broad; it's about making quality, premium plant-based foods, using Australian ingredients - wherever possible - that are all-natural, with no preservatives, GMOs and cholesterol free and high in protein. But, most importantly, because of our culinary background we’re chef-crafted so for us that sensory outcome and the performance of the product in both a domestic and commercial setting is really important.

We launched the world's first carbon-neutral plant-based mince as well and we've been very fortunate to be awarded Best Sustainable Food Company and Eco-Friendly Meat-Free Burger from Global Green Business Awards. Last year, we were also included in the Australian Financial Review Fast 100, a list of the quickest growing companies within the country.

You mentioned your carbon-neutral certification. How did you achieve that and what other sustainability initiatives have you got alongside that?

Alejandro truly championed that process. We audited the organization, looked at how we operated and made changes and adjustments to minimize our carbon footprint. We complemented those changes with offsetting some of our emissions as well. The plant-based food industry is very fortunate because its footprint compared to traditional proteins is significantly lighter. So, even just from a fiscal point of view, it is a lot easier to achieve.

All the major customers that we deal with have environmental and social governance, policies, goals and aspirations. So, we give customers the opportunity to offset all of their purchases from us.

I think the bit that's not spoken about as much as I believe it should be is the health element, e.g., cholesterol-free, lower in sodium, free from antibiotics. There’s a raft of community benefits there and, from our own consumer research, it is very clear that the drive to eat more healthily or reduce meat intake is actually three times larger a motivation to switch to plant-based than the environmental component. So when we talk about sustainability, we like to talk more holistically and take health into account because we believe that ultimately consumers want to address those issues.

How did you achieve levels of taste, texture and appearance of your products that keep customers coming back?

From a culinary point of view, we have a very different approach to our R&D compared to many of our competitors. It’s always about the use of flavors and how they come together - we work back from there. To get the best outcomes, you need to use quality ingredients so we’ve developed a number of proprietary blends of proteins that we use and they’re different depending on whether we're providing an alternative to beef, chicken or pork.

We then look at where we can source those ingredients from. We already have the highest percentage of Australian ingredients in our products compared with our peer set and are able to tap into a number of the wonderful crops that Australia has grown for many, many years but have not been used to full effect. For example, Queensland, where we are based, is actually the largest grower of mungbeans in the world. Within a couple of hundred kilometers of our facility, we have a smorgasbord of proteins, grains, and legumes that we can tap into at a farm gate level and we're working on being able to process those crops and utilize them to their full effect.

Can you tell me about the blends you use and why you chose them?

We use peas in some of our products but we also use fava beans, mungbeans, and a number of others. When it comes to pea, rightly or wrongly, some people believe that it’s not the best protein flavor-wise but, again, it's about a combination of flavors. Like when you eat dinner, if you eat each piece individually, it will taste very different than if you were to combine those flavors.

As a dedicated plant-based alternative manufacturer, we make a whole range of meat analogs, from burgers and mince to chicken nuggets and meatloaf, and use different blends and ingredients based on the flavor requirements of each product.

You said that health is one of the main drivers pushing people towards more plant-based diets. In Australia, around 20% of people now identify with the flexitarian moniker. What are your thoughts on this and what are your projections on how this will evolve?

Interestingly, about 13% of the Australian population identifies as vegan or vegetarian, which is actually one of the highest rates per capita in the world. However, from our own research, we know that only around 22% of consumers eat plant-based meat alternatives regularly. We also know that 70% of consumers are actually open to or are already consuming plant-based foods at some frequency.

So, currently, we've got 30% of Australian consumers saying, ‘No, thank you, not at this point in time.’ We've also got this other portion of the population, almost a quarter who want to consume plant-based food but don’t know enough about it and need better education around plant-based options to enter the category. So, for us, when we talk to retailers, they tend to over-index their share of vegan and vegetarian products and under-index the type of products that will convert more flexitarians into the category. It's almost like they need to flip that around the other way.

There are a couple of very good products that sell exceptionally well, but in order to attract a broader audience to the category, consumers need to be provided with the right protein alternatives and product formats that link into the right meal occasions and cuisines so they’re able to adopt them into their everyday lives.

There have been some discussions in recent years within Australia around the labeling of plant-based meat as meat. Do you think that will actually gain any traction and what would the impact be if it did?

Everyone has a different opinion on this right now, and we don’t want to get too actively involved in this conversation. I think the thing is that the terms ‘beef’, ‘chicken’ and ‘pork’, are already used in multiple categories across supermarkets, whether in stocks, soup, sauces or potato chips. I think that people are certainly trying to protect legacy industries and that is understandable but ultimately the consumers will decide and I think consumers are smart enough to understand what's going on and make their own choices. The truth is that there just isn't going to be enough meat production to support the growing population and it is just a flavor at the end of the day.

Definitely, we’ve seen that not only anecdotally but from our own research, too. According to our Australian research of over 1000 consumers, ‘Australian-made’ and ‘100% natural’ are the two labels that are the clear preferences. I think people understand that clean eating is good for their health and, no matter how the food system has manipulated that over time, the reality is that natural, green, plant-based food is seen as healthier.

Regarding where ‘plant-based’ ranked with respondents versus veganism and vegetarianism, around 15% of the consumers who wanted natural food, see ‘vegan’ as the most important attribute when looking to purchase products. So, while you have a number of very passionate vegans and those who are passionate about meat, there’s a huge amount of consumers in the middle, who are looking for other attributes that are attractive to them. People focusing on taste and what is good for them regarding health and wellness is definitely a global trend and natural foods are perceived to deliver on that.

You mentioned your partners in retail and food service, can you tell me a bit more about that?

Australia is a very different market. We're actually the most concentrated grocery market in the world by store count. Our largest retailer is Woolworths and then there's Coles and Aldi and a range of independents that come under a number of banners, the main one being IGA. We supply products to Coles, Woolworths and select IGA stores in both frozen and chilled categories.

Woolworth provides access to approximately seven million of the 9.5 million households in Australia every week, so it provides us with a platform to reach consumers. The Australian retail grocery category grew about 35% last year compound. So, it's still only early days in its valuation but the midpoint of the projection is to see it around just shy of about $3 billion by 2030.

You said that the recent investment would help expedite the company’s plans. Can you share some of those plans with me?

We are in the Asia Pacific, which is projected to be the fastest-growing region regarding plant-based foods. So for us, we're very focused on being the best that we can be here at home in Australia. A number of products are imported, frozen and then thawed and end up traveling halfway around the world before landing in our supermarkets, so we think we’ve definitely got a role to play within the supermarkets regarding unlocking ESG responsibilities.

We’re in a very consolidated market and our retail will be quicker to scale than food service, which is more fragmented and takes time. That said, we're making good progress there, and people are very much acknowledging the quality of our products.

In regards to exports, we’re exploring a couple of markets. While I won’t go into detail, the point for me around export is asking ‘why would people want to buy our product versus Impossible from America.’ And the reason is the Australian crops that we utilize, whether it be mungbean, lupin, wheat, or other products that are grown substantially here in Australia.

There are a number of countries that import pretty much everything and there are lots of opportunities that exist throughout Southeast Asia and other selected markets that one, want to be provided with a clean, green solution, two, already import everything, and three, are looking for products that meet a lot of their requirements around their dietary and/or religious beliefs. So we'll continue to explore those opportunities, but we’re focused on being a successful business within Australia first and foremost. 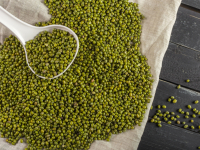 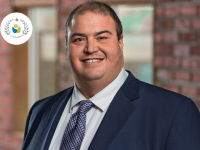