Food awareness organization ProVeg International has announced plans to establish a representative office in Shanghai, China. This is the first time an international NGO focused on supporting plant-based diets has opened an office in the country.

Welcome to the Pulse Pod’s China series in which we’ll be looking at the pulse market in more detail and discovering more about the country’s plant-based revolution.

China is well known as a meat-loving country and since the 1980s meat consumption has been on the rise. In urban areas, meat consumption has grown by nearly 75% while in rural areas the figure has skyrocketed by over 130%. It's not just meat consumption that's increased either, production has also ballooned in recent years. According to a cabinet document released back in February, China is aiming for a meat output of 89 million tonnes by 2025, an annual average increase of 2.8%. The country has also retained its title as the world's largest pork producer, putting out approximately 55 million metric tons of pork each year.

This increase in meat consumption and production has been attributed to rising living standards and urbanization. However, following the release of the country's five-year agritech plan, which includes plant-based and cultivated meat alternatives for the first time, it looks like change is afoot.

The Chinese government has also given the green light to ProVeg international to establish a representative office in Shanghai, through which it will continue to promote the importance of plant-based diets and help bolster innovation and trade within the sector.

Building a base to support growth

Over the last few years in China, there has been a growing interest in and acceptance of plant-based alternatives as the population becomes increasingly climate aware. According to research from EIB, 73% of people in the country believe that climate change poses the biggest threat to society when compared with other challenges such as access to healthcare and health services (47%) and the financial crisis (33%). Likewise, despite meat consumption still being on a steady incline, there is also a growing appetite for plant-based diets. China's vegan food market, for example, is projected to reach $12bn by next year, up from below $10bn in 2018.

ProVeg International has been laying the groundwork to establish a base in China since it received its first governmental approval for temporary activities in January 2020, promoting plant-based eating and innovation with a number of campaigns. In an email correspondence with GPC reporter Madaline Dunn, Shirley Lu, Managing Director of Asia for ProVeg International, explained that before applying for a rep office ProVeg obtained five temporary campaign authorizations, including collaborations with the Shanghai Society of Food Science, Shanghai Pudong Cultural Bureau and Zhejiang Commerce Department in the Plant-based Innovation Challenge, Plant-based Food Innovation Forum, and New Cuisine: Sustainable Foodservice and Culinary Summit respectively.

The organization's collaboration with the Shanghai Society of Food Science in 2020, for example, saw the launch of the Plant-Based Food Innovation Contest in Shanghai, the first of its kind in Asia. The contest brought together 260 students from over 20 universities across China, including Shanghai Jiaotong University, Shanghai Ocean University, and the East China University of Science and Technology, as well as ten food and beverage companies, to accelerate the innovation of sustainable and healthy plant-based food in the region. The students, mentored by industry experts, competed in three different categories: product innovations, applications innovations, and advocacy innovations, and submitted projects that varied from nut-based snacks and drinks to sauces and seasonings.

According to ProVeg, it's been working towards securing a license to establish itself as an international non-governmental organization in China since 2021 and was given the go-ahead by the Council for Promotion of International Trade in Shanghai and the Administrative Office of Overseas NGOs of Shanghai Public Security Bureau.

Lu said that permission to establish the Shanghai office is an indication that both the local authorities and the wider society accept ProVeg’s way of working and its mission. Further to this, the representative office will enable the organization to extend its outreach across the public and private sectors at a national level and help expand its programs in new food innovations.

Lu explained that this decision, alongside the Five-year Agritech Plan announced in January 2022, confirms that the development of alternative proteins and meat alternatives is part of the government's strategic priorities. "ProVeg is excited about the future opportunities China offers for food system transformation," she added.

Shaping the future through research and innovation

To gain further insight into Chinese consumer attitudes to plant-based foods, identify key drivers for product development, and assess market potential by category, the organization, in collaboration with the European Union (EU), will be conducting market research in China in 2022.

Lu also explained that, following the successes of the Plant-based Innovation Challenges in China in 2020 and the Southeast in 2021, the organization will be launching the third Plant-based Food Innovation Challenge in the fall of 2022 in APAC with China as a "priority market." This new campaign will seek to bring together leading food companies and talents from primary universities in China and across Asia to, in Lu’s words, "accelerate the introduction of quality plant-based food offerings that leverage the local rich food heritage and delight the Asian taste buds." 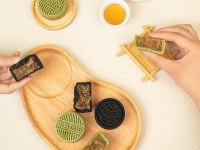 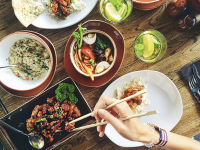 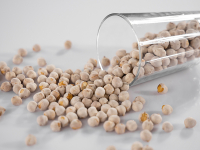 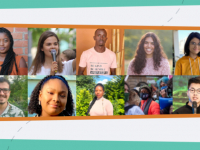