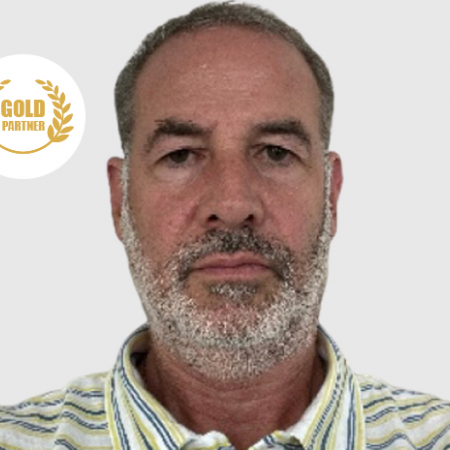 Alicampo’s founder talks about his company’s successful strategy with growers and the outlook heading into Argentina’s pulse planting season.

In the years leading up to the founding of the company, Horacio worked as a coordinator for a group of growers. Each member of the group farmed individually, but when they looked to export their crops, they pooled their production together.

“I was in charge of leading the marketing and sales strategy,” recalls Horacio.

Over time, several members of the group decided they wanted to dedicate themselves exclusively to the production side of the business. What they needed, they told Horacio, was a company that specialized in logistics and could handle the paperwork and manage export sales.

Alicampo was established in 2002 to fill that need. The company started out exporting birdseed, millet, confection sunflower, peas and popcorn. Later, because of Horacio’s previous experience with pulses, they added beans and chickpeas to their portfolio.

“From the start, we’ve had a transparent relationship with our partners in the fields,” says Horacio. “They benefit from the lower costs that come from pooling together product to export larger volumes and also take advantage of the synergy with other growers and the brand penetration that we achieve through the excellent quality that comes out of our processing.”

Today Alicampo exports more than 45,000 MT of various agricultural products to clients in more than 60 countries and is a valued GPC Gold tier member.

With Argentina’s dry bean planting season about to get underway, the GPC reached out to Horacio to see how weather and market conditions were shaping up.

GPC: How did you get involved in the pulse business?

Horacio: In high school I studied electronics applied to digital technologies and then earned a university degree in computer science.

In 1988, I was hired by a major pulse producer and exporter to implement software they had purchased to monitor production, inventories and export logistics. After a short while, they asked me to work with them in other areas and I gradually involved myself with exports. I handled the documentation, letters of credit, billing and some sales.

I stayed with them for nine years, learning all about exporting pulses, and then I began to work as a broker. For three years, I was affiliated with a large brokerage firm in Brazil. Then, in 2000, I established my own brokerage firm, Farm Products, and two years later, I established Alicampo as an export company.

GPC: Last year was a rough year for Argentina’s dry bean and chickpea crops. Because of dry conditions, production for both was below expectations. How is the marketing year turning out?

Horacio: The chickpea crop was harvested in November and December of 2020 and was gravely impacted by the drought conditions that hit our country. Both the seeding and the production were less than expected.

The same happened with the bean crop, which was harvested in June and July of last year. We had a lot of hectares, but low yields and small grain sizes.

The small grain sizes, together with new demand generated by the outbreak of the COVID-19 pandemic, actually increased our presence in non-traditional markets. We saw strong growth into Brazil, Chile, Colombia and some Eastern European countries.

GPC: Can you give us a sense of export volumes?

GPC: Alicampo also deals in popcorn. The harvest is presently underway. Could you tell us how it is going and also what the export trend has been like these past few years? I understand there has been some competition from Brazil.

Horacio: Alicampo has been working hard on popcorn and as of five years ago we are among the top three exporters of Argentine popcorn. In 2020, we ranked first with 32,500 MT exported.

It is true that Brazil’s popcorn production has grown. It is now self-sufficient and exports any surplus production. But Argentina remains the world’s leading popcorn supplier, exporting 230,000 MT per year on average to more than 80 countries.

Brazil is indeed a competitor, but the popcorn sector there has been prioritizing the domestic market so far. Meanwhile, Argentina has been able to find markets and maintain its level of production and its leadership position thanks to the quality of the product and the reliability and commitment of the sector.

In terms of production, like the pulse crops, the popcorn crop was also impacted by the dry conditions at the end of 2020. Now we are getting into the harvest. Fortunately, we received some rains and because of that we are anticipating production will only be 10-15% below initial expectations.

In the case of Alicampo, thanks to our alliance with producers in different parts of the growing area, I expect we will be closer to the tonnage we originally estimated.

GPC: Let’s talk about the upcoming dry bean planting season. What are the climate conditions like and what are your expectations in terms of the seeded area?

Horacio: Fortunately, the weather has improved. We had good rains in December and January, and we expect a good planting season. Soil moisture levels have recovered in several areas and we anticipate the seeding of the crop will proceed as normal.

In terms of the area seeded to beans, we expect it will be similar to last year. If the favorable weather continues, we should have greater availability, but we still have a way to go. The seeding hasn’t gotten underway yet. We will begin seeding the bean crop in a few days.

GPC: Can you give us price indications for old and new crop?

Horacio: Old crop alubia bean prices range between $1,200 and $1,380 per MT FOB, depending on caliber size. There are scant supplies of large caliber alubias in the 185-220 range, but plenty of the smaller calibers, 240-300 and even smaller. The smaller sizes sell at the low-end of the price range. On colored beans, we are sold out.

GPC: Argentina is not a big pulse consumer, but CLERA (Argentina’s Chamber of Pulses) has been making efforts to increase internal consumption. How is domestic demand looking in 2020/21?

Horacio: CLERA, together with its members, is making a great effort to promote the consumption of pulses here in Argentina. For the past three to four years there has been a notable increase in consumption. People here are partial to beef and poultry, but there is growing consumer interest in switching from animal protein to pulses for a more nutritious diet.

GPC: Is there any one pulse in particular that is seeing greater success in the domestic market?

Horacio: Traditionally, lentils and peas have been the preferred pulse of the Argentine people, but now we are also seeing growing interest in chickpeas and beans, as well.

GPC: Last year was atypical because of the COVID-19 pandemic. We saw worldwide pulse demand spike in March and April, and then the trade ran into logistical issues. What do you think we can learn from this experience and how do you think the pandemic will affect things in 2021?

Horacio: We saw very strong demand in the first six months of 2020. I think the lockdowns and the isolation, as well as the fear people felt around the world about what could happen led many consumers and companies to stockpile food items, and that resulted in above-average sales.

Many industries had to halt their activity and the logistics sector was seriously impacted. With containers in short supply, reduced ship movement and decreased cargo capacity, there were costly delays.

I think that in the future we may see a reassessment of the just-in-time approach, of leaving inventories in the hands of suppliers. Because with advances in the globalized economy, when suppliers are so far away, logistics become vital, and this experience has demonstrated that this is a factor that can severely impact an industry. We can no longer count on buying product and receiving it in 30 to 60 days. In that respect, the pandemic can lead to a rethinking of buying behavior.

The companies that made the biggest profits were the ones that had the inventories to take advantage of the increased demand. Others found themselves without product and unable to respond. They missed out on the opportunity.