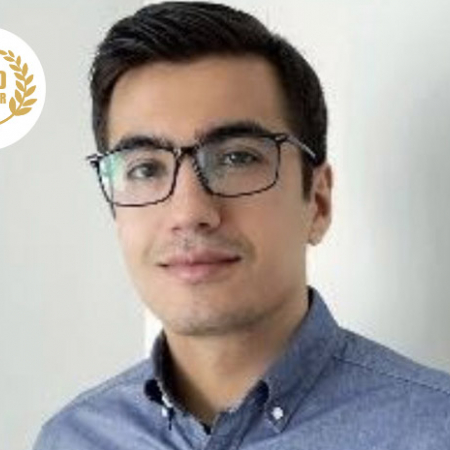 Sofia Agro’s commercial director on Uzbekistan’s 2021 pulse production and exports, and the country’s promising future as a pulse powerhouse.

The future looks bright for Uzbekistan’s pulse industry. In recent years, the country’s pulse production has been trending upward. The green mung bean crop, for instance, has been growing by 25% per year on average, and kidney bean production has grown by about 20% annually.

This growth has been driven primarily by export demand and aided by government efforts to promote foreign trade as a means of bringing dollars into the country. In this respect, pulses are a particularly attractive agricultural commodity, given that the bulk of Uzbekistan’s production is destined for international markets.

“Every year, Uzbekistan is gaining a bigger and bigger share of the international pulse market,” says Fuzayl Boboev, the commercial director of Sofia Agro, one of Uzbekistan’s largest pulse processing and exporting companies and a GPC Gold Partner. “I believe the pulse sector will play a big role in the development of the country moving forward. In 10 years, we may become one of the leading pulse producers in the world.”

With the second and largest of the country’s two pulse crops recently harvested, the GPC reached out to Fuzayl to talk production and exports, and to get his view on the future of his country’s pulse sector.

To begin with, can you tell us a little bit about yourself and how you got your start in the pulse business?

First of all, it’s a pleasure to speak with you. Let me quickly introduce myself. I was born and raised in Uzbekistan. I earned my bachelor’s degree at the top of my class at the Plekhanov University of Economics. That was when I began my career at a trading company under the Ministry of Investment and Foreign Trade for the Republic of Uzbekistan. In 2016, when I worked for a government trading company called Uztrade, I was responsible for the export of agricultural products to the U.S. and Europe. My interest in grains and pulses started after we successfully began to export Uzbek long grain rice to the U.S. for the first time in our country’s history. In Uzbekistan, we have a special kind of rice, called lazer. Our most popular national dish, called osh, cannot be prepared without it. So there was significant demand from the more than 500,000 Uzbeks living in the U.S., and also from people from neighboring countries, like Kazakhstan, who had also migrated there.

Then in 2020, I earned my MBA from Brunel University in London. During my studies, I was able to land an internship with Sahara UK Foods, a supplier in the United Kingdom. After finishing my MBA, I began working as the commercial director for Sofia Agro, where I am today.

Can you give us an overview of Sofia Agro? What pulses does it work with and what are the major markets it serves?

Sofia Agro is one of the biggest processors and exporters of pulses in Uzbekistan, with the capacity to produce more than 3,000 MT of high-quality pulses per month. The main value of our company is our specialists, who have been working in the pulse farming and manufacturing industries for more than 15 years. Sofia Agro’s main goal is to strengthen cooperation with local farmers and international partners. Our company is unique in that we not only have our own private farm holdings to grow our own pulses, but we also work as a bridge between farmers and world markets. We not only contract farmers, but also help them to understand how they can improve the quality of their agricultural products in order to meet the standards of international markets.

Is there good farmer interest in growing pulses in Uzbekistan?

Yes there is, because of the strong demand for Uzbek pulses in the global market. The pulse sector here produces mostly for export and the country’s production has been increasing year after year. Green mung bean production, for instance, is growing by 25% per year and kidney bean production by 20% per year.

The reason for the strong demand is that we produce a very high-quality product. This is because we have perfect weather for growing pulses in Uzbekistan. We grow two crops a year. The first one is harvested in the summer and the second one in September and October. At both times of the year, we have sunny weather and that helps us to consistently produce high-quality pulses.

Tell us about Uzbekistan’s two pulse crops. I understand the second and biggest of the two was recently harvested.

Right. In most cases, pulses are seeded following wheat, which increases the quality of the beans. This past July, because of the cold weather in late spring, we had a poor first crop. The situation was made worse by COVID-19. Like in many other parts of the world, growers here faced financial difficulties because of the pandemic and didn’t have the means to invest in light speckled kidney bean seed, which was more expensive compared to red and purple speckled bean seed. Consequently, prices for light speckled kidney beans are up about 20% on the year. The current price is around $1,500 per MT FOB, but it has started to decline this week as the second crop has begun to arrive.

The season for red and purple speckled beans was better, as farmers seeded more of these beans because of the more affordable seed prices. As a result, we have good quality and stable prices, around $950-$1,050 per MT FOB for these bean varieties.

The first blackeye bean crop, harvested in July, was 10% less than last year but the quality was good and consistent. The second crop has beans that are a bit bigger than usual, 340-360 per 100 grams. Uzbekistan had a good crop, with quality that was up to standards. The average price of our blackeye beans is around $1,000-$1,100 per MT FOB.

With regards to mung beans, the October crop, which is the largest for this bean type, was 25% greater than last year and the quality turned out excellent, better than last year’s. However, the season started out strangely; prices rose 10%, for example. The biggest competition for Uzbek green mung beans comes from Myanmar and Australia while China is our biggest importer. This year, because the Australian harvest is from April to May, and because it was difficult for China to import from Myanmar due to the political situation there, the demand for Uzbek green mung beans from China was very strong. In September, many buyers from China actually came to Uzbekistan to buy products directly from farmers and processors. This is what caused the price increase.

I can report on numbers from January through September, but it's important to note that our big crop is the one we just harvested in October, which represents around 90% of Uzbekistan’s total bean production. Therefore, these export numbers do not include the bulk of our 2021 production.

In any event, looking at green mung bean exports first, from January through September, Uzbekistan exported about 45,000 MT. China, our biggest market, took 80% of that amount. Kazakhstan is our second biggest market. It took 10% of the export volume this year but it’s worth mentioning that Kazakhstan re-exports part of this volume to China. Our third biggest market is Pakistan, which took 5% of our export volume. The rest was exported mostly to Middle Eastern countries.

Turning to kidney beans, Uzbekistan exported 52,000 MT from January to September. Of that amount, 45% went to neighboring countries. Afghanistan took 19,000 MT and Kazakhstan and other neighboring countries took 3,000 MT. Red and purple speckled beans and blackeye beans are in the most demand by Central Asian countries, like Pakistan, which took 17,000 MT, representing 33% of the total amount exported from January through September. Additionally, Middle Eastern countries and the European market took 10% each. In the Middle East, the demand is mainly for red and purple speckled kidney beans and blackeye beans, while in Europe the demand is for blackeye beans and light speckled kidney beans.

What about domestic demand?

Although some of our national dishes include green mung beans and blackeye beans, domestic pulse demand is low. There is greater consumption in the dry regions of the country, like Bukhara, Navai and Karakalpakstan, for example. Typically, the internal market takes about 15% of production but, because of the COVID pandemic, I think that figure has increased to 20%.

What trends are you seeing in the Uzbek pulse industry?

We have a lot going for us. In Uzbekistan, the climate conditions are perfect for growing pulses and the quality of our pulse products is very good. Uzbek companies are working to take advantage of this and meet the demand of the European market. This includes growing new varieties of pulses, like butter beans, red kidney beans, red mung beans and others. At the same time, the government is also undertaking efforts to increase pulse exports. It reimburses as much as 50% of the transportation costs of pulse exporting companies and also reimburses the costs of participating in international exhibitions. Additionally, the government covers the expense of obtaining international certifications, such as ISO, FCCS 22000 and organic. Furthermore, in 2021 the government decreased the production of cotton by 30% in order to invest in the pulse sector.

Every year, Uzbekistan is winning over more and more of the international pulse market. I believe the pulse industry will play a big role in the development of the country moving forward. Ten years from now Uzbekistan may become one of the biggest pulse producers in the world.