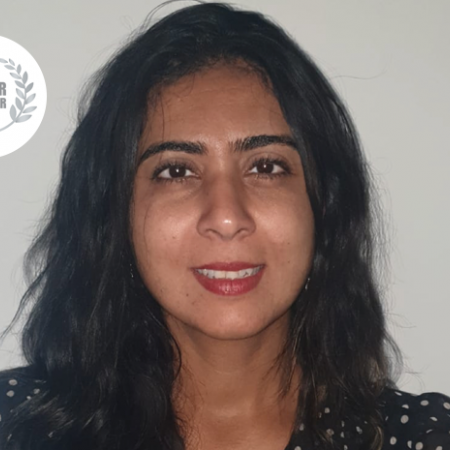 A family business that has been pivotal in transforming pulse growing in Madagascar, Malde Kara was founded by Naynesh Malde Kara in 1988. The son and grandson of growers, Naynesh introduced black-eye beans to the country in 1990 from 2kg of Californian seed. Naynesh’s daughter Prity joined the company in 2011, and they have a base in Madagascar and an office in France.
Malde Kara is a strategic partner of Global Pulses Confederation and a key sponsorship partner for the upcoming Pulses 22 convention in Dubai on May 10-12.

Black-eye beans are a major product for you; what is your annual production and how many people does this involve?

Today, Madagascar produces an average of 50,000 tons each year. In fact, five years ago, we were producing even more — 70,000 tons — but that has decreased in recent years. Black-eye beans give work to many tens of thousands of people including thousands of local women for our HPS (Hand Picked Selected) black-eye beans; all those beans designated for export are carefully selected, grain by grain, by these women.

In 2021, we produced around 55,000 tons of black-eye beans and exported 90% of that. Cow peas were approximately 10,000 tons in terms of production and 80% for export. For large lima beans, production was around 8000 tons with 75% for export. We have a very strong domestic consumption of white beans in Madagascar, so while we had a production of approximately 70,000 tons, we exported only 10%. And as for green mung beans, a pulse whose production in Madagascar has developed extensively in the past 4 years, we had a production of around 17,000 tons with an export of 90%. Green mung beans require less phytosanitary treatment than other pulses — black-eye beans, for example — so they’re a very cost-effective crop for growers.

The climate in Madagascar has been difficult in recent years. What effect has this had on pulses production? Has the production of black eye beans continued to diminish?

The climate in the past few years has had harmful effects on a significant proportion of pulse crops, particularly those cultivated on the highlands, like white beans and red kidney beans. It’s been a catastrophe.
The situation is complex. We have a “win-win” system in place with many small farmers with whom we have contracts and who have between 300 and 500 square meters of land. We advance  them seeds, fertilizer, and phytosanitary products; this allows them to continue working even when drought and complications from the Covid pandemic have eliminated their ability to buy even 1kg of seeds. But the July sowing during the dry season saw all of the water points and wells dry due to the extended drought. The lack of water was keenly felt, and production was severely affected. These highlands don’t have a natural irrigation system, so where we would have expected yields of around 1 ton per hectare, production was only between 400-500kg per hectare. This caused huge losses for everyone involved along the pulses production chain.
Production of black-eye beans has mostly been spared these difficulties, however, because they’re grown principally in the northwest of the island in the baybou: these are lands naturally irrigated during the rainy season. And elsewhere, black-eye beans are cultivated just after the rainy season, generally at the beginning of April, so it’s a good time. It’s too early to make any predictions for the 2022 crop; many growers are just sowing now. But as we’ve had good rains this year, estimates on the fields that have already been sown are for higher yields than last year. Producers are confident.
It is worth noting that, even in 2021, production of black-eye beans was 20,000 tons higher than expected, and estimates for 2022 are at least equal at this stage.

Where are the primary destinations for black-eye beans? Have you noticed a change in your markets and their demands, what with the chaos of Covid, climate change, and the shipping crisis?

The largest quantities go to India and to Haiphong in Vietnam. Some go to Dubai, and a small quantity goes to Europe and Turkey. The shipping crisis — and its associated exorbitant price increases — have been a major issue for everyone. We’ve also seen a terrible rise in pulses prices on the domestic market as a result of climate change and international demand due to the Covid pandemic: around 20-40% in three years depending on the variety. It’s crazy.

Is the domestic market in Madagascar remaining stable, or have you noticed a change?

Malagasy people are eating more pulses now compared to previous years; in 2022, for example, there has been around a 10% increase since 2020. As the price of meat continues to increase, animal protein is becoming too expensive for the majority of consumers. They’re becoming more and more aware that pulses can replace meat and, even with the insane increase in prices, pulses are still 12 times cheaper than meat.

These past few years have been difficult for so many people, but has Malde Kara had any great successes or high points?

Absolutely! Even in spite of all the problems, Malagasy farmers always have hope, especially when we have growing projects underway with them. During the Covid crisis, Madagascar’s economic development more or less stopped. This is what encouraged us to put our “win-win” arrangement in place with 3000 small growers, helping them to continue growing whatever their circumstances. Each Malagasy household is made up of around five people, so this system has provided the means to live for around 15,000 people on our island!
It’s been a wonderful project with which to be involved, particularly because it means there’s no middle man between us and them, between exporter and producer. It’s helped growers to earn more, and it’s helped us to ensure better traceability; our production under contract is overseen by a team of agronomists and supervisors, so we can work with our agents to avoid pesticide residues.

What makes you hopeful for the future, especially with the new seasons of planting and harvesting to come?

We have many reasons to have hope for the future. As I mentioned earlier, we have our win-win system in place with a multitude of producers; each one has between 300 and 500 square meters of land. This year, we also started a trial project with young growers who are part of a presidential program of agriculture; we’re very happy to be a part of it too. The government has developed a system to aid young farmers whereby they each get one hectare of land, a zébu (a type of cow), and a small house on the land; then it’s up to them to decide what to cultivate. We selected 12 from 50 candidates to help them grow pulses. If this first trial goes well, we’ll extend it.
In addition to those projects, we have two more models that give us great optimism for what’s to come. We have one program in place where we rent plots of land to growers; these plots are around 15 hectares each in size, and the operations are completely managed and supervised by our teams. Our other system involves our working with large growers who have between 150 and 300 hectares and whose farms are completely mechanized. This is something that we have done for many years and will continue to do.
The development of pulses production has propelled Madagascar onto the international scene and will be a great driving factor for our economy. Large-volume exports will bring in currency that can alleviate Madagascar’s current economic problems; we believe that our country has enormous agricultural potential and that pulses are the future of Madagascar!