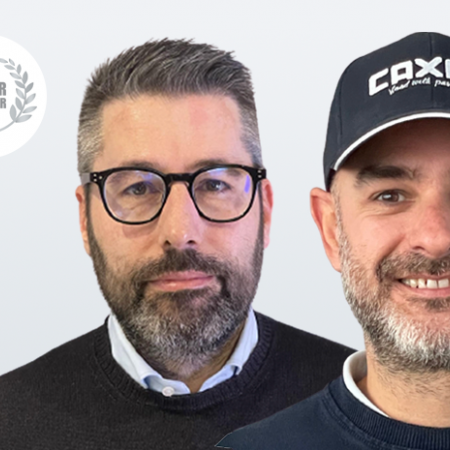 Kira Nash spoke with Denis Xausa and Orfeo Cantele of Italian firm Caxa about the evolution of the Italian market, the lifting of EU import tariffs and the growing trouble with phosphonic acid.

Denis and Orfeo founded Caxa after a move from another Italian company in the same sector. Initially involved in the brokerage of dry pulses in Italy and throughout Europe, Caxa has now added a significant importing and distribution element to its activity. The company is also in the process of including product-cleaning capabilities as part of their repertoire.


Can you tell me with which types of pulses you work and the areas of your main distribution?

Denis: We work with all types of pulses and also some seeds like quinoa, millet, buckwheat, linseeds, sunflower seeds, etc. Mainly though, we focus on all varieties of dry pulses. Our most significant products are dark red kidney beans, white beans like alubias, and chickpeas.
We’re right in the center of Europe, so we’re well-connected. I don’t have the exact percentages, but I’d say it’s about 50% goes to the Italian market and 50% to other countries in Europe.

What’s your perspective on the size and health of the Italian domestic pulses market?

Denis: For sure, the market is growing. Again, I don’t have the numbers but we’re definitely getting increased demand not only for canning purposes but also from other industries. Milling companies, for example: they’re using pulses to make pasta or other products like biscuits or bread. There are many different ways to consume pulses now compared to 10 years ago when you could just buy a kilogram bag or serve yourself from a 25-kilogram sack in the shop. It is evolving and changing.

Were you significantly affected by the EU’s 25% tariffs on imports, and are you relieved that those have been lifted? Are you looking to return to your previous suppliers?

Denis: It was a real problem for the many products that come from North America. For almost all varieties, we had to switch from the US to Canada, South America, or other regions. For dark red kidney beans, however, we had no choice but to stick with US product because there wasn’t any other suitable region.
As for returning to previous suppliers, it depends. In terms of quality, for some varieties we can say that the North American supply is the best in the world. But there is also the issue of price, which is very important right now. Especially during the past two years, we’ve seen very high movement on price and some customers have been driven to find cheaper alternatives. So we’re not sure at the moment whether customers will prefer to stay with cheaper regions and maybe accept slightly less in quality, or if they will want to return to US suppliers and be 100% sure of the quality. We’ll see during this new crop year; it’s too early to tell right now.
According to the North American suppliers with whom we’re in contact now, they are expecting even less production in this coming crop year. This means for sure that prices will increase again; we don’t know to what level, but the expectation is there.

Have you seen a change in customers’ ordering behavior over the last two years?

Denis: Absolutely. The Coronavirus pandemic disrupted the previous buying system. Customers are now preferring to buy more locally from an importer like us instead of making a big contract for year-round needs. There are several factors which can affect those customers’ markets. First of all, there’s price: customers don’t know if perhaps the price might decrease, so they don’t want to make a wrong decision and buy a lot at a higher price. And of course there’s the logistic problem. So for now, customers are opting to buy locally: maybe at a higher price, but they feel more certain that they’ll receive their cargo in a safe condition and without delays.

Is there any advice that you give to your customers in light of the current volatility?

Denis: It’s very difficult to give any advice at the moment. We don’t know what to say to our customers when they ask us what they should do. How can we know? I don’t think that anyone saw this period of time coming; it’s a very unusual situation. We’re even trying to understand what to do with regard to investment. It’s really quite complicated, so it’s important for people to understand that the situation is unprecedented.

Do you buy from Italian growers too? And are you seeing an increased demand for domestically produced products?

Denis: Yes for chickpeas; they are one of the main pulse products grown in Italy. There is also a lot of lentil cultivation, particularly in the south of Italy. In the north, it’s mainly cranberry beans. There’s not much space to grow pulses here, partly because there are other products — soybeans or corn, for example —that growers prefer. It’s possible that Italy has more land that could be turned over to cultivation, but there aren’t enough people to work on what land there is.

Orfeo: There are also peas grown in Italy and some cereals like spelt, barely and some oats. With regard to consumer demand for domestically produced products, yes, many people are trying to source Italian or European but, unfortunately, the supplies are just not sufficient. Most of the canning industry, for example, sources product from North America or Argentina. People are trying, of course, and are sensitive to the issue but it’s just not possible.

What particular criteria does Caxa use when choosing suppliers?

Denis: We are very active in fighting against pesticides.

Orfeo: We carefully select all of our suppliers, and require full details in the contracts to ensure that our customers are kept in a safe condition. We also have a full range of certified organic products but it is difficult to identify products that are really organic.

Denis: I’d like to add that, even for our conventional products, we need to test everything, because we and our buyers want to be sure that what we receive is suitable for the European market. Three years ago, we were only analyzing organic products, but now we test everything we import. The cost is becoming very high compared to what it was several years ago.
But we’re facing problems with many pesticides, not just in Europe, but especially from Africa and South America. I don’t know what the solution is; I think that with regard to African countries, it’s a question of teaching growers what to use and when to use it. But in Argentina, for example, there are pesticides being used that have been banned in Europe for the past 30 years. So the answer is quite complicated.

What is your opinion on EU legislation with regard to phosphonic acid?

Denis: There’s a lot of confusion. It’s probably more of a problem in Italy and some other European countries; I don’t think that Indian and other markets are interested in this issue. While the European Community has made a change to the previous regulation on organic products, and they now allow a slightly higher percentage of phosphonic acid, the guidance is unclear, and many customers are focusing on phosphonic acid and considering it a pesticide. This impacts business significantly. We’ve spoken with growers who have said that it’s naturally occurring, but apparently it can also be the result of a degradation of approved plant protection products (PPPs) and other substances containing phosphonic acid itself or fosetyl aluminum.
We’ve decreased our imports of organic products because of the customers’ focus on phosphonic acid; they insist that they must respect European rules and that they can’t sell certain products in the European organic market. And we are not 100% sure if certain products are suitable; it’s actually affecting organic and conventional imports. 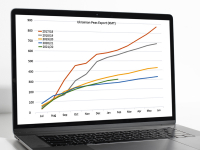