Daniel Plaza Bonilla is an Agricultural Engineer and the leader of LegSapiens, a project with pulses at its heart, aimed at increasing farm crop yield and profitability. He chatted with Luke Wilkinson about the benefits of mulch, and how rotating pulse crops with soy can increase your yield up to 15%. 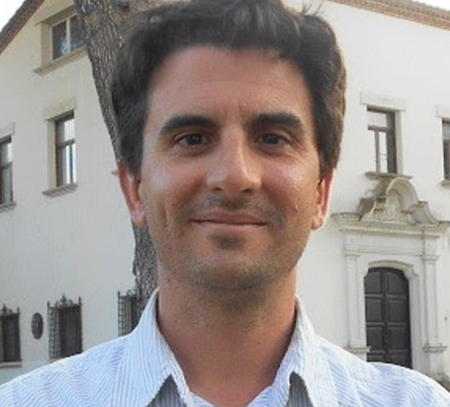 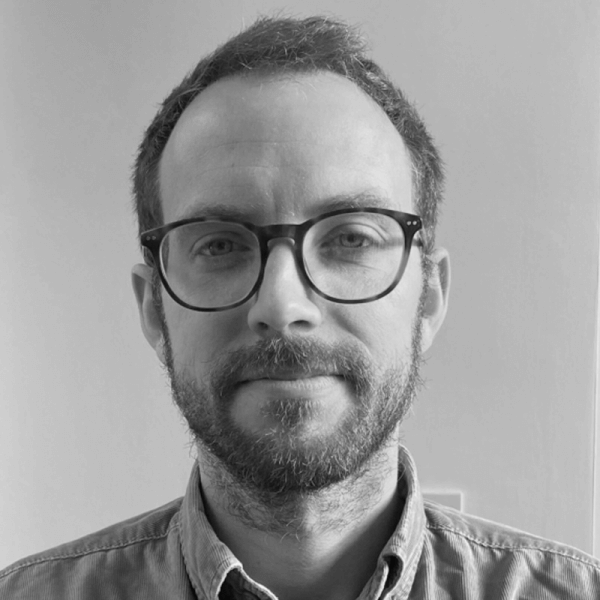 Could you tell me a little about your academic field and how you got started?

I’m an agricultural engineer. I suppose I got interested in the subject because I'm from a rural area. Where I'm from, close to Lleida, agricultural production is important and, growing up, my world was agriculture - the University of Lleida was close by and a lot of well-known people had done interesting studies there. I found myself very interested in applied research, so I started down that route.

It seems like you have many different projects relating to the development of crops but could you tell us a little about LegSapiens?

My early background wasn’t purely based on pulses or farming systems but after my doctorate in France I got very interested in the diversification and incorporation of alternative crops. They involve pulses and legumes in general because of the advantages that they offer. LegSapiens is a supra-autonomic task force financed partly by the Ministry of Agriculture and the European Regional Development Fund, carrying out applied projects that aim to bring scientifically-tested ideas to the production sector. It brings them up from a smaller, controlled scale, to a larger one.

Because of some previous projects with pulses and some projects with soy, myself and some colleagues in Madrid put together a proposal for the project and now we are working together with a variety of private companies, public institutions and powerful Spanish farming unions such as the Unión de Pequeños Agricultores y Ganaderos, to collaborate on it.

The project hopes to change the status of pulses in Spain. Currently, they are marginal crops, so we are working with partners who work in the areas that usually grow the classic Mediterranean pulses, like chickpeas, and focus on soy which is quite sparse around the country. We've been contacted by many farmers, perhaps the more innovative farmers, who are interested in alternatives to the classic crops, like corn, that require irrigation during the summer. We try to transfer the ideas and value of these alternative crops to the real world, comparing them with our current farming systems which are based heavily on cereals.

How will you be able to convince farmers to adopt pulse crops instead of the traditional cereals?

I'm not so sure the word is ‘convince’. The way I see it, we need to try to increase the profitability of their businesses, which can come about in different ways. Firstly, through our project they can improve their production techniques - their crop management - which right now is rooted in traditional methods.

Then there are some other possible changes, such as focusing on plant-based food material made from Mediterranean pulses. There is currently very little development in the varieties of these pulses, unlike what we have seen with soy and corn.

Although it's not the main goal of a project, we can also start to get local farming to see that we are one of the main producers of porcine products in Europe and this implies a huge amount of imports from abroad in terms of prime materials. There is a lot of demand for these prime materials from the meat industry in the north-east in Catalonia and Aragon. Opportunities have appeared in the market for plant-based protein and, as a result, there has been something of a buzz around its production.

There is definitely interest in meat alternatives and the possibility of a parallel to the meat market. We’re beginning to see people in the meat industry positioning themselves so as not to miss out on these opportunities, but for the moment in Spain we still don’t produce the raw materials for these products, like soy and yellow peas. Producers are, however, starting to see that in the future they may be forced by EU regulation to grow these types of crops, so they want to know how they can maximise their yields and better understand the techniques involved.

Are there initiatives to encourage these shifts in acreage in Spain?

There is the Next Generation EU fund. In fact, I was recently at a roundtable where there was some conversation about these funds and it seems there is some opportunity for local initiatives in texturization plants, which may be open to making a certain percentage of their production using locally-sourced raw materials.

For this, local producers would need to produce the necessary types of pulses and have the knowledge necessary to grow them. The acreage of soy in Spain is 2,000 hectares, so you can imagine that the majority of farmers aren't always sure of the techniques for growing these alternative crops. The projects that I'm involved in, among others, try to improve these techniques and to increase production in a more sustainable manner that is less dependent on fossil fuels.

How have the initial trials gone? Have you been collaborating with farmers?

Normally, the trials are carried out in perfect conditions that are very controlled and run carefully by technicians in research groups, but not mine! All of my tests have been carried out with producers on their farms.

This means that the tests are carried out in commercial conditions on the farms with their owners, who very often do the work themselves and, at the same time, we hope to get scientifically sound results whilst taking into account the occasional limitations of their machinery and techniques. It’s tricky. A more controlled environment has the advantage of fewer variations but perhaps also the disadvantage of yielding results that are removed from the reality of the farm.

What is the importance of biodiversity in crops?

That's quite a complicated question. Firstly, in Europe the administration obliges you to diversify your crops in order to receive certain funds. So, whether you like it or not, a part of your crop needs to be diversified. More often than not, this is done using different species of pulses.

On the other hand, it’s simply important because it reduces risks. The reality is that there are very few producers who grow only one crop. Diversification allows you to avoid having a dependence on external inputs which usually, as is the case in Spain, come from abroad at a high price. In the last few years, prices have risen drastically. If you introduce pulses into the crop rotations, it's clear that this will reduce the quantity of nitrogen fertilizer you need to apply.

If you have a diverse crop rotation, perhaps you'll have a better chance at battling damaging biological agents. A good example here in Catalonia are weeds: dry land has hydration problems and, as a result, farmers grow wheat and barley, alternating between them over the years. But, naturally, this leads you to use herbicides with active ingredients that generate worse problems in the long term by making it difficult to control those same weeds. It’s better to break this rotation and diversify.

Diversifying your crops means a reduced use of fertilisers, reduced losses from leaching and reduced potential for greenhouse gas emissions. On a macro scale, it will help to reduce the carbon footprint of the farming system. It also helps the soil at a biological level, with the possibility to create greater volumes of beneficial organisms.

Tell us a little about one of your other projects, LegumeGap?

LegumeGap looks to reduce the yield difference between the yield potential of a crop and its actual yield. What we are trying to do is reduce the gap by improving production techniques. Then there is the knowledge gap - how can two farmers who grow on adjacent soil end up with different yields? Usually this has to do with a knowledge gap - perhaps one of the farmers is more specialised in a certain crop. We look to figure out what the situation is and what are the conditions that we can alter in order to reduce this gap.

We carry out tests, interrupting the summer crops of corn with either faba beans or soy added into the rotation. What we're investigating is whether adding pulse crops into rotation with these monocultures has an effect on yield when the next crop comes and what the differences are between the environmental impact and the economic outcome.

What have been the results so far?

The results are very interesting - the introduction of a pulse crop into the rotation can increase yield in the next corn crop from 8 to 15%, which is significant. You do have to compare the differences over a number of years where a pulse crop is present in order to understand the impact it will have in the future, which is exactly what we’re doing.

One part of these trials has involved cover crops - what are they and what impact can they have?

One of the more unusual parts of our investigations has been seeding soy and corn over living plants. Traditionally a farmer will till the land to leave the land free for seeding, which is one of the biggest problems for creating degradation of soil and it generates important impacts in terms of erosion and the destruction of biodiversity. What we have done is establish a winter crop which we do not harvest and simply flatten to the ground, creating a mulch. We sow the soy or corn directly on top. This means that fewer weeds will grow, and less herbicide will be necessary. The soil is biologically active throughout the year and the weeds aren’t damaged by rain or wind.

The preliminary results tell us that you can maintain at least the same yield by seeding on top of the mulch, without any need for herbicides whatsoever. We’re entering into the second year of results and will be publishing a paper in 2022 detailing what else we find.