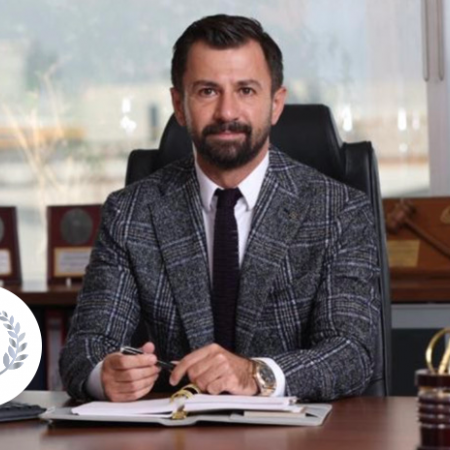 Mert Hazar is the Director of Arbel’s import and export trading business, putting him in charge of one of the most significant pulses trading operations in Turkey.

At a time of great uncertainty for the Turkish economy and parts of the pulses sector, Jesse Sam spoke with Mert to get a sense of how these factors are affecting the market and his outlook for 2022.

Can you start by telling us a bit about Arbel, the company’s background and what you do?

Sure. Well, I’ve been with Arbel since 2010 but its history goes back much further. The company was founded in the 1980s, as a family business in Mersin. It started off as a pulses processor, as well as doing some import and export business. Since then, the company has grown into one of the largest pulses companies in Turkey. And since the early 2000s, it has been a part of AGT Foods, a Canadian firm which is the largest supplier of value-added pulses, staple foods and food ingredients in the world — it controls around 40 percent of the global lentils market.

What are your main commodities in Turkey?

We operate a 200,000 square metre facility in the south of Turkey, near Mersin port. We process and package red lentils, green lentils, chickpeas, beans, bulgur, as well as pasta. But our main trade is in bulgur, pasta, red lentils, and chickpeas.

Can you tell us more about your chickpeas business — what sizes do you process and which international markets do you trade with?

Yeah, we process a diverse range of chickpea calibres, ranging from 5 mm up to 12 mm. At the moment, a lot of our demand is coming from the Middle East. But in recent years, we’ve seen growing demand from central Asia, particularly Uzbekistan. Even though they produce quite a significant amount of chickpeas — more than 10,000 tons annually — historically there hasn’t been much consumption there. But that is slowly changing. We are seeing interest in small chickpeas (8 mm) but also the larger calibres (12 mm, from Mexico).

That’s a really interesting development. Talking of chickpea trade, how has the recent Turkish export ban affected the market?

Yes, so back in November the Turkish government banned the export of Turkish origin chickpeas. The policy was intended to protect the local market and avoid price increases; it’s not an uncommon policy that we see in producer countries around the world.

Domestic demand for chickpeas has remained strong, which is good news for local producers. I don’t think they have been really affected by the ban. Local prices are stable at the moment, although the ongoing currency instability is not helpful. But we see a lot of substitution between white beans and chickpeas locally. If the price of chickpeas gets too high, consumers can switch easily.

For us as traders, the ban has definitely slowed things down for us a little bit. But we are adjusting by trading chickpeas from different origins, including Russia, Ukraine and some Asian and American origins. But we are also being affected by disruption in the freight sector, which makes it slower and more expensive for us to do business.

In my view, I don’t think the policy will be reversed until at least the end of the first quarter of 2022, so we are just focusing on adapting our business for the foreseeable future.

That’s a valuable insight into how the ban is impacting the market. So obviously we are seeing this disruption in the chickpea market at the moment. Looking forward and away from chickpeas, where do you see opportunities for growth in Turkey?

Sure, well we are very excited about bulgur. Bulgur is a type of Turkish cereal which is produced from dried and cracked durum wheat, which predominantly comes from Anatolia (the same region where chickpeas are produced). Arbel has been able to establish itself as a leader in this crop, through heavy investment.

Turkish consumers are very enthusiastic about bulgur and often use it as a substitute for rice. It’s a healthy alternative and is produced 100 percent from durum wheat, so there are no additives. And it’s not just Turkey; we are seeing growing demand from Europe, Russia, the US and Canada and also in the Middle East. Consumers who want healthier alternatives in their diet appreciate this natural product and its advantages, including low sodium content; low glycemic index; high in fibre and protein; cholesterol and fat free; and vegan. Also, production is very sustainable.

We expect to see much higher consumption around the world in the coming years and we feel well positioned to capitalise on this opportunity.

What about in the shorter term - as we head into 2022, what are the most prominent opportunities and risks that you are tracking for Arbel?

Well, obviously the bulgur market is something we are excited about but we also see a lot of opportunity for growth in trade of Black Sea products. We are increasingly involved in bringing Black Sea origin products to Turkey, processing them here and distributing them around the world. Countries like Russia, Ukraine, and Moldova are all very exciting for us. Even with increased taxes on exports from some of these countries, we are very confident about the opportunities, particularly given our geographical advantages.

Turkey sits at the intersection of two continents, it’s a tremendous location for international trade. We’re able to import from and export to markets around the world — we can do business with more than 50 countries.

What about the ongoing economic and political uncertainty in Turkey, especially with regard to the lira crisis?

Yes, these are certainly challenging times. The lira crisis is affecting a lot of import-export businesses across Turkey and causing inflation in domestic markets. From an export perspective, there is a short-term advantage to a weakening lira; in theory, it reduces the prices of our pulses to buyers around the world. But I don’t think this is not a sustainable strategy.

It sounds like a challenging period and it will be interesting to watch how it plays out over the next few months. Thanks so much for your time and insights, Mert. All the best. 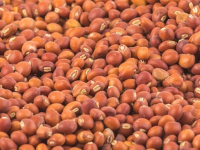 Predicted Shortfalls in the Yellow Bean Crop in Sinaloa 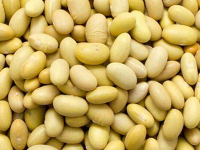 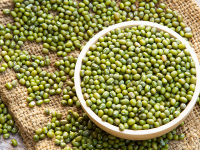 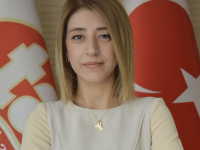