“We need an integrated system with pulses playing a key role”/ Dr. Steven Webb on food security & innovation in Canada.

Kirsten Provan spoke to Steven Webb of the Global Institute for Food Security about why the current challenges call for better innovation, communication and an increased focus on food security. 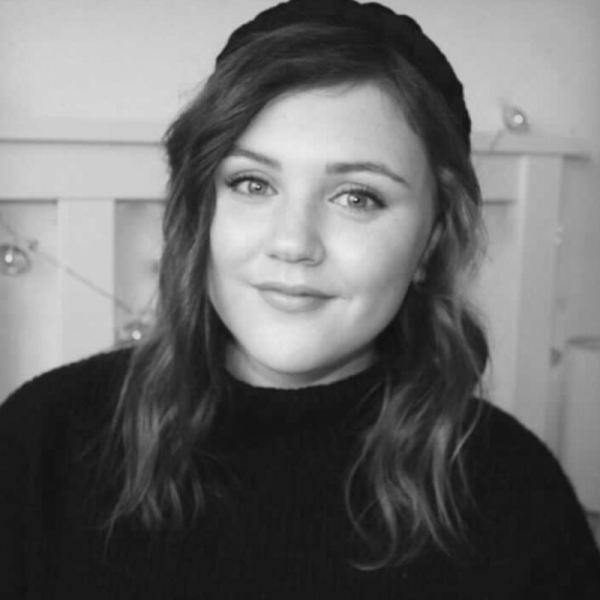 With the Government of Saskatchewan recently announcing a plan to grow the value of production at the farm gate by $10 billion over the next decade, it’s clear that organizations across the country are on the same page about the future of food.

“[The Government of Saskatchewan growth plan] aligns with the national Canadian strategy that has created the Protein Industries Canada supercluster, which has been very much focused on plant-based proteins in terms of value-added processing, the production of new breeding tools to enhance protein from plants, and, again, using protein from plants as an ingredient that goes into manufactured food like plant-based “meats”.’

Canada is certainly no stranger to these kinds of innovative projects: companies such as Lupin Platform Inc. and PIP International are working on manufacturing more palatable protein alternatives through Canadian-grown pulses such as sweet lupin and yellow peas.

With sustainable eating practices more popular than ever, it seems that the market is receptive to these changes in focus. Tristan Choi, CEO of Lupin Platform Inc., has commented that the push towards sustainable eating “hasn’t come from the industrial side but more from the people, the consumers, who are now more self-aware and more conscious about the environment and their dietary choices.”

Steven has seen the passion from within his own family, too: “I see my daughters and their friends buying the Impossible Burger and plant-based burgers because they like the taste. I’ve also watched them, the next day, devour a rack of pork ribs that were on the barbecue. So, it’s all about the personal choice: they like it, both the taste and the ability to think about it in the context of the contribution.”

As CEO of GIFS, Steven faces bigger challenges than the push towards veganism. With global food shortages and the population set to increase to 10 billion people by 2050, coming up with efficient, sustainable solutions is more crucial than ever.

“Countries like Canada, which is one of five net exporters of food in the world, need to embrace the challenge of helping to feed a growing world. We need to find a way to be able to feed more people with less land, less water, efficient use of inputs, and in a way that’s sustainable,” he says. “Pulses have an important role in that whole sustainably-intensive production that we can do here in Western Canada, so I think it’s a really good opportunity for the crop as part of an integrated system.”

An integrated system for food security

Current world issues, especially the war in Ukraine, are causing problems that require quick action to prevent as much lasting damage as possible. In June, Canadian fertilizer giant Nutrien announced an increase in potash production from its mines in response to the uncertainty of supply from Eastern Europe.

“We need to have an integrated strategy to help address the acute problem that is caused by Russia’s invasion of Ukraine.” Steven said, “We can’t lose sight of the fact that this is something we need to address for the long term, that 2050 goal that we have, and I think that this has just shone a light on the issue and highlighted that it is important.”

As a result of the COVID-19 pandemic, food shortages have become more widespread, with many people experiencing them for the first time. Steven recounts an instance of one of his family members reaching out to him for guidance.

“Early in the pandemic, I got a phone call from my mum and she started it off by calling me Steven, which she never does unless I’m in trouble, it’s usually Steve, and so she said, ‘Steven, aren’t you the CEO of the Global Institute for Food Security?’ and I knew this wasn’t going to go well, but I said, ‘yes, I am, Mum,’ and she goes, ‘well, what are you going to do about the fact that I can’t buy milk and eggs and flour in the grocery store?’”

For many consumers, never having known the inability to buy basic goods, the pandemic shortages came as a shock. Now, with the invasion of Ukraine, shortages are coming not from panicked stockpiling but from supply chain disruption.

“Again, this is something that countries like Canada, in our lifetimes, we’ve never seen, and I think it’s brought focus on the challenge.” Steven said. “I’m hoping that this focus on food security and supply chains is going to provide the framework for us to be able to continue to build production capabilities at the farm gate and also the supply chains necessary to move materials around.”

The priority of GIFS, then, is finding sustainable means to feed the world. When asked whether this is a daunting challenge, Steven shakes his head:

“We see this as a real opportunity. One of the areas where we have been lucky enough to receive support from the federal government, as well as the provincial government, is creating the ag and food node for our engineering biology platform. I see the opportunity to harness the power of biology to make things that we can’t normally make or make them in a more sustainable way.’

But what does he think the public’s reaction to using biotechnology will be?

“We have an obligation,” he goes on to say, “to get the public to be part of the dialogue very early on and to make sure we don’t lose anyone along the way. I think that was the tragedy of GMOs. When you think about genetically modified crops, they had a huge impact on convenience for growers, and they had a massively positive impact on the environment. I know there will be people that don't want to hear that, but the reality of the situation is they had huge benefits for the environment. The tragedy is that GMOs are a lightning rod, and the mistake made was not bringing everybody into the conversation. It was labelled Frankenfood, and so it’s become a huge missed opportunity.”

To tackle any uncertainty and encourage communication throughout the food industry in Canada, GIFS, along with the near 100 other organisations now involved, has helped found a National Index on Agri-Food Performance which is looking at the environmental, economic, and societal facets of sustainability and food integrity. With partners such as the Canadian Wildlife Federation, Ducks Unlimited, Nutrien, Maple Leaf, and Loblaws, the coalition is passionate about championing fair and sustainable food production and, ultimately, feeding the world.

“We’ve all come at it from our perspective around the sphere, but we’ve got a common understanding of how these indicators, these themes––economic, environmental, social, and food integrity––are important. We’re not saying Canada is the best in the world––we probably are!––we want to measure it, and we also want to be transparent about how we measure it. One of the things that I learned, probably really early on, is what you can measure, you can improve, and I think this mindset of measuring and improving is important for us to embrace to help fill the food security gap.”

That transparency, he goes on to say, is crucial when it comes to marketing biotech. “People want to know where their food is from and how it was made, and I think that's a fair thing. We need to be able to respond to that. The whole system needs to be working together because we need to be able to imagine a world where everyone has access to safe and nutritious food.”

After contributing to the Pulses Innovation panel at the GPC’s Pulses 22 last May, Steven is more certain than ever that open conversation is essential for the advancement of this industry.

“From a Team Canada perspective, I got to meet people I’d only ever seen in a box on a screen. To drive the kind of innovation that we were talking about takes teamwork, it takes partnerships, it takes collaborations. It's all built on relationships, and events like the one in Dubai are important for building those connections. You can maintain a relationship over Zoom but you can't really build one. But the conference was also hugely important from a global perspective. From it, we’ve seen that pulses have an important role to play in safe and nutritious food around the world.”