As of July 1, CLERA reports that 95% of the chickpea crop has been seeded.

With planting nearly completed, CLERA estimates that Argentina seeded 75,000 ha. to chickpeas this year, a 33% reduction compared to last year. The decrease is due mainly to the drop in international prices resulting from India’s surplus production and subsequent withdrawal from international markets, as well as the poor experience Argentine growers had last year when harvest rains ruined roughly half the crop.

This year, CLERA reports that the crop went in the ground under good conditions.

“It is off to a better start than it was last year,” says CLERA President Sergio Raffaeli.

The major chickpea growing areas in Argentina are the Province of Cordoba and the northwestern region of the country known by the acronym NOA (noroeste argentino). CLERA breaks down its chickpea area estimate as follows: 50,000 ha. in Cordoba and 25,000 in NOA.

In Cordoba, where chickpea yields are higher (2,000 kg/ha. on average), Nicolas Dalla Costa of Argencrops reports the climate conditions at planting were optimal, and the crop went in the ground on schedule with good moisture levels. He estimates growers in Cordoba seeded 40% fewer hectares to chickpeas this year.

“Only traditional growers seeded chickpeas in 2019,” says Dalla Costa. “The others switched to wheat, where they could command better prices on forward contracts.”

In NOA, the crop is usually planted two weeks earlier than in Cordoba. This year, however, Matias Macera of Desdelsur reports that rains heading into the planting season slowed the harvest of the corn crop. Chickpeas are typically planted following corn, and the late corn harvest this year pushed the chickpea planting two to three weeks past the normal window. Because of the late seeding date, chickpeas in the NOA face an elevated risk of getting hit with late frost this year and are also in danger of getting caught out in spring rains and meeting the same fate as last year’s crop. NOA’s chickpeas are usually harvested from mid-October through mid-November.

According to customs data, from December 2018 through May 2019, Argentina exported 56,683 MT of chickpeas. The top destinations thus far this marketing year have been Pakistan (16%), Spain (12%), Italy (11%), Colombia (6%) and the U.S. (6%). Other markets that traditionally take significant volumes of Argentine chickpeas include Turkey, Portugal, the United Kingdom and the nations of the Mid-East. Macera projects that Argentina’s chickpea exports for 2018/19 will end up at 80,000 MT.

Remaining 2018 chickpea stocks as of the end of June are estimated at 20,000 to 30,000 MT. Dalla Costa indicates that two-thirds of these inventories are unprocessed and in the hands of growers, with the remaining third sold and awaiting shipment. The consensus is that these remaining stocks are mostly of poor quality and destined to either pet food markets or the domestic feed market.

In June, Inase (Argentina’s National Seed Institute) issued a regulation that requires growers to use certified chickpea seed starting January 1, 2020. CLERA President Sergio Raffaeli says his organization will be taking the matter up with Inase.

“This is not something the industry requested,” says Raffaeli. “It is not a change that can happen overnight. The use of certified seed needs to be phased in gradually. Otherwise, with seed at US$ 2,000/MT and export prices at US$ 500/MT, this regulation will only push growers to plant something other than chickpeas.” 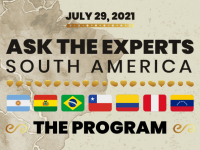