News reports out of India indicate that heavy rains in recent months have caused significant damage to kharif pulse crops. The Economic Times of India and The India Express, for instance, report that, since late October, prices for several pulses increased in response to reduced production, while India’s Business Standard cites experts who predict that India will have to increase pulse imports in 2019/20 to make up for the resulting shortfall.

At IGRAIN INDIA, Delhi, an agri-commodities research firm, Rahul Chauhan states that this kharif season will go down in the record books as one of the wettest ever.

“There is no doubt that the production and quality of this year’s crop is below last year’s,” he says.

He projects total kharif pulse production will be down 35-40% year-on-year as a result of rain damage and flooding.

GPC Regional Vice President Anurag Tulshan of Esarco Exim Pvt Ltd. indicates that the crop losses occurred mainly in September and that black matpe and mung bean crops were the most affected by the rains. He estimates total losses for both crops at 1.3 – 1.5 million MT, with black matpe accounting for approximately 1 million MT of the total.

Further, Chauhan cautions that the trade should keep an eye on the pigeon pea crop. The government’s earlier estimate was for a crop of 3.54 million MT, but excessive rains and disease issues may see reduced production. In Chauhan’s opinion, production could fall as low as 2.8 million MT.

What This Means for Imports

But in 2019/20, with all signs pointing to a short crop, the question is how much of the shortfall will NAFED’s buffer stocks be able to cover and how much will have to come from abroad. The Economic Times of India reports that domestic pulse consumption is projected at 25.4 million MT and the supply is estimated at 25.6 MT. But it appears India will be short of at least some pulse products. The Western Producer reports that importers are already pressing the government of India to expand import quotas for pulses in order to check local price increases.

Chauhan says that, with the exception of desi chickpeas, NAFED is short of all pulses. He reports overall NAFED pulse stocks at 3 million MT and provides the following breakdown by pulse type:

In 2019/20, Chauhan expects desi chickpea imports to remain steady. For other pulses, he sees an increase over last year’s import levels not only for black matpe and green mung beans, but also for pigeon peas and possibly lentils.

The final numbers will come into focus in the coming months. The last of the mung bean and black matpe crops have already been harvested and are entering the market. The pigeon pea harvest is at least a month away. 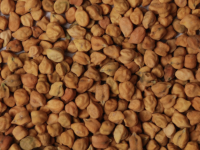 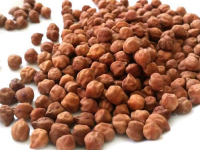 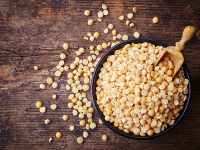 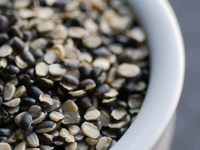 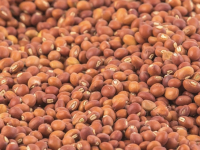