Indian government’s sudden, though not completely unexpected, move to restrict import of select pulses – pigeon pea or tur/arhar, moong and urad – has sent ripples through not only the domestic market but also international trade circles.

For 2017-18 financial year (April to March), pigeon pea is allowed under a restricted quota of 200,000 tons. The quota has since been exhausted and there will be no further imports allowed till March 31, 2018 except against specific commitments made by the government in terms of any agreement / MoU with any supplier nation.

Be that as it may, global market participants are upset over the policy intervention by the Indian government, and they have reason to. India has been an importer of pulses from early 1980s. Import volumes started to balloon in the last 4-5 years following expansion of demand and sluggish domestic output.

Many countries started to cultivate pulses with India as the target market. India did not disappoint them and continued to import larger and larger volumes to meet its ravenous appetite so much so that imports zoomed to 6.6 million tons in 2016-17 (from 5.9 million tons in the previous year) at a time when domestic production reached a new record of 22.9 million tons (previous year 16.4 million tons).

Clearly, the policy context is quite complex. India is faced with a dilemma – how best to judiciously strike a balance between domestic socio-economic compulsions on the one hand and international trade relations, on the other. It is a tough call and the government decided to bite the bullet.

But look at it another way. When there was a massive shortfall and prices escalated (2015-2016) much to government’s discomfiture, several senior government officials went around the world to woo the nations supplying pulses. Now, with import controls, some of them have reason to feel shortchanged.

There are other aspects worth considering. It is true that in imposing quantitative restriction on select pulses, the Indian government’s intention is to protect growers most of whom are small and marginal. At the same time, growers of these pulses, especially in Myanmar and East African countries are also small and marginal, and deserving of the same kind of sympathetic treatment. The Indian government’s move to restrict import has actually hurt the interests of a large number of small growers in Myanmar and East Africa.

The policy intervention has now stoked fears among major suppliers of pulses (chickpea, lentils, yellow peas) such as Canada, USA and Australia. Will there be any restriction – tariff or non-tariff - on these pulses? No one knows for now. At the same time, the methyl bromide fumigation issue is still hanging like a Damocles sword. Will the exemption be extended?

It stands to reason to believe that the decision to restrict imports of select pulses will be reviewed in due course. Affected countries are sure to lobby and bring pressure on the Indian government. There is always the possibility of finding a middle ground or via media.

Another question that arises is whether the Indian government is justified in imposing quantitative restrictions (QRs) on import of select pulses. More than a decade ago, India committed to the WTO (World Trade Organization) that it was phasing out QRs. The legal aspect needs examination.

An important point worth bearing in mind is whether or not India has the capability to repeat the pulses production performance of 2016-17 (and possibly 2017-18) in the years ahead. Ironically, India is only one bad monsoon or drought year away from a major farm disaster. This vulnerability cannot be overlooked.

(G. Chandrashekhar, Editor, The Pulse Pod, is a global agribusiness and commodities market specialist. Views are personal. He can be reached at +919821147594 and gchandrashekhar@gmail.com) 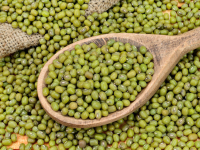 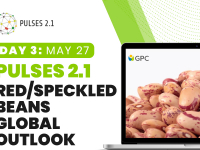