Argentina Opens the Chinese Market for Blueberries and Dried Peas

As part of a mission of the Ministry of Agro Industry to China, Argentina opened the Chinese market for fresh blueberries and dried peas by the signing health protocols with Chinese health authorities (AQSIQ).

“These agreements reaffirm our aim to become the supermarket of the world by opening more markets, thereby achieving the momentum of our regional economies”, said Minister of Agro - Industry, Luis Miguel Etchevehere.

At the meeting with AQSIQ, led by the Ministry of Agro Industrial Markets through the Undersecretary of Agricultural Markets, Jesus Silveyra, the mission reviewed the extensive agenda of negotiations for access of Argentine products to China.

The importance of protocol for dry peas (green and yellow) lies not only in the opening of the second largest import market in the world, behind India, but also the benefit that may accrue to local production in terms of higher nitrogen incorporation in the soil and low production cycle.

On his part, Argentine Ambassador to China, Diego Guelar said, “The new agreement strengthens the strategic relationship between the two countries and allows us to increase our presence in the food market in China with high-level products”.

This decision is part of the commitment made by Presidents Xi Jinping and Mauricio Macri during the state visit in May this year and is aimed to balance the bilateral trade.

It should be noted that during the first 11 months of 2017 China imported 1.2 million tons of dried peas mainly from Canada. China is the second destination of Argentine agribusiness exports, behind the European Union which in 2016 reached a value of US$ 3,900 million. The main items are soybeans, boneless frozen beef, shrimps and prawns, poultry meat, sunflower oil, peanut and peanut oil, snuff, wool, hides, wine, among others.

It is important to remember that from December this year China cut tariffs on food imports from Argentina such as prawns, dairy, infant preparations and certain types of infant formula milk. (This liberal translation has been excerpted from the original notification in Spanish) 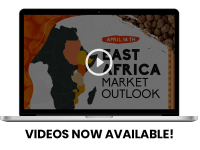 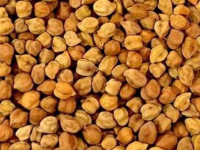