On August 27 2021, the IPGA held their Kharif Sowing 2021 Knowledge Series, an online webinar featuring key speakers from India’s pulse industry who gave important insights into the 2021/22 kharif crop. The GPC attended the webinar and is providing full coverage for all members. Find the 2021 Sowing and Acreage outlook here.

In this session, Mr B Krishna Murthy, Managing Director at Four P International, gave important insights into the urad crop as well as stocks and consumption figures. He cited the Ministry of Agriculture and Farmers Welfare as his source for most of the numbers. 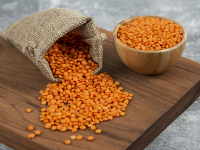