As October comes to a close, the pea and lentil harvests are nearly complete, and the bean harvest is past the halfway mark.

It has been a challenging harvest season for Canadian growers. On-and-off rains and a recent snowfall have continually interrupted fieldwork, but things are finally coming to a close. As of late October, only the tail end of the pea and lentil harvests remain, and the bean harvest was past the halfway mark.

In Saskatchewan, the country’s major pulse producing province, the Saskatchewan Agriculture Ministry reported harvest progress as of October 21st at 95% for lentils, 97% for peas and 82% for chickpeas.

Carl Potts, executive director of the Saskatchewan Pulse Growers, told GPC that, except for some good weather at the start, moisture in the form of rain and snow has made it stop-and-go since then. In neighboring Alberta, the situation is similar. The two provinces account for nearly 96% of this year’s dry pea production.

“It’s been slower than normal, but now we are coming to the end,” said Potts, adding that the harvest got off to a late start to begin with because of dry conditions during the growing season, which delayed germination and slowed crop development.

The wet weather not only prolonged the harvest but also resulted in significant downgrading of crop quality, as a good part of the pulses received at elevators arrived tough or damp and required aeration and drying.

“We’ll have a lower quality profile because of the lateness of the crop and the wet conditions, but even so we should have decent supplies of #2 grade and better,” said Potts.

Quality issues are more pronounced in green lentils and green peas, he noted, with lesser downgrading in yellow peas and red lentils.

Elsewhere in Canada, the situation is similar. In Alberta, the latest provincial crop report indicates the dry pea harvest was 95% complete as of October 15th, but wet weather and cool temperatures in recent weeks slowed progress to a crawl. Additionally, frost in the southern parts of the province caused damage to specialty crops, with some fields likely to go unharvested as a result of extensive losses.

In Manitoba, the latest provincial crop report indicates that as of October 15, growers finished harvesting the 112,574 hectares they seeded to field peas and harvested 56% of the 155,752 hectares seeded to dry beans. Central Manitoba was recently hit with a spate of poor weather that impacted bean crop quality and may see some lots left unharvested due to heavily damaged crops.

In Ontario, a key dry bean growing province, news reports indicate wet weather caused harvest delays as well. Additionally, this is the first year growers are not using glyphosate on their beans and this is a challenge in and of itself as they adapt to new production methods. Ontario seeded 124,270 hectares to white and colored beans this year.

In its Outlook for Principal Field Crops report, Agriculture and Agri-Food Canada provided an analysis of the supply and demand situation for each pulse crop.

During the 2018/19 campaign, Canada exported 3.25 million MT of dry peas, up 5% from the previous campaign. Exports to the U.S. and China fell but were offset by record exports to Bangladesh. For 2019/20, the total supply is estimated at more than 5 million MT, with domestic use estimated at 1 million MT and exports projected to increase to 3.4 million MT, leaving a carryout of 600,000 MT. 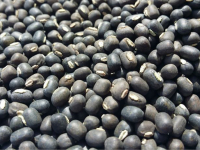